India describes political developments of Nepal as its internal matter 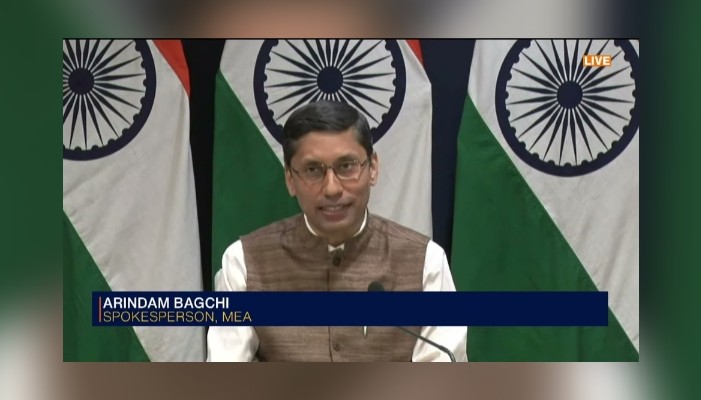 'As a neighbour and friend, India remains unwavering in its support for Nepal and its people,’ said MEA Spokesperson Bagchi

Taking note of the recent political developments in Nepal, India on Wednesday said that it views them as internal matters of the Himalayan country.

“We have taken note of the recent political developments in Nepal. We view these as internal matters of Nepal to be dealt by them under their own domestic framework and democratic processes,” Spokesperson of the Ministry of External Affairs Arindam Bagchi said in response to media queries.

He also said that as a neighbour and friend, India remains unwavering in its support for Nepal and its people on their journey toward progress, peace, stability and development.

Nepal found itself in a grip of fresh political turmoil after Prime Minister K P Sharma Oli last week recommended the dissolution of the House of Representatives amid the surging Covid-19 pandemic.

Aggrieved at the President’s decision, Nepal’s opposition parties on Monday filed a petition in the Supreme Court demanding restoration of the House of Representatives and appointment of Nepali Congress leader Deuba as the Prime Minister.

As per the media reports, the Nepal Supreme Court will hear the writ petitions on Thursday and Friday.