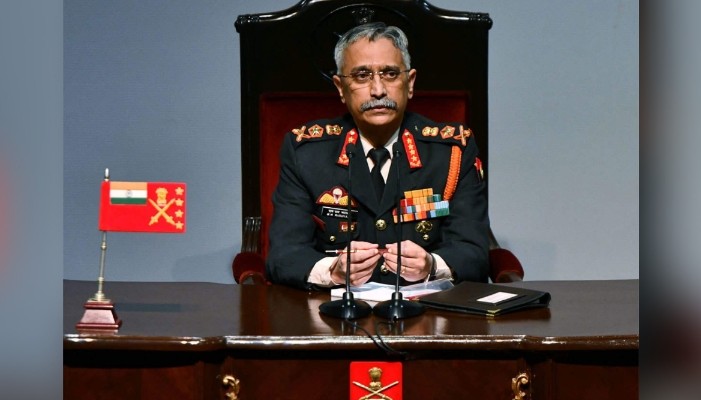 Chief of the Army Staff Gen M M Naravane has said India is keeping a constant eye on the Chinese Army’s annual exercise along the Line of Actual Control in eastern Ladakh.

“We have seen movements in training areas. It is an annual exercise. They come for training. We also go to training areas. We have been keeping a constant eye on it. We have forces along the LAC and they are adequate to deal with any action or activity,” Gen Naravane told India Today channel on Wednesday.

He said so far the disengagement has been cordial, and both sides will be able to make forward movement in resolving issues in other areas.

Since early May, 2020, India and China are locked in a military standoff at multiple friction points. While both sides have completed the withdrawal of troops and weapons from the North and South banks of Pangong Lake in February this year following a series of military and diplomatic talks, they are yet to disengage at friction points such as Depsang, Hot Springs and Gogra.

India has made it clear that disengagement at remaining friction points along the LAC in Ladakh sector will alone set the stage for restoring bilateral ties between the two countries.

The Army Chief said there were no transgressions or violations along the LAC since the disengagement process took place in February.

“What is important to know is that between two phases, there are periods where the trust has to be built up. I think the trust has been built because of that trust, maybe we will be able to make forward movement in other areas where issues are still to be resolved,” Gen Naravane said.

About the coronavirus crisis, Gen Naravane said the Army is fully ready to extend all possible assistance in India's fight against the pandemic “We are an Army of the people, for the people,” the Army Chief said.

“There is no difference in mobilising for the pandemic. This is because from time to time we also assist in dealing with other natural calamities. We are quite well geared up. All three branches of armed forces have been working collectively,” he added.

According to him, 90 per cent of the Indian Army personnel have been administered the second dose of coronavirus vaccine and soon it will touch 95 per cent.