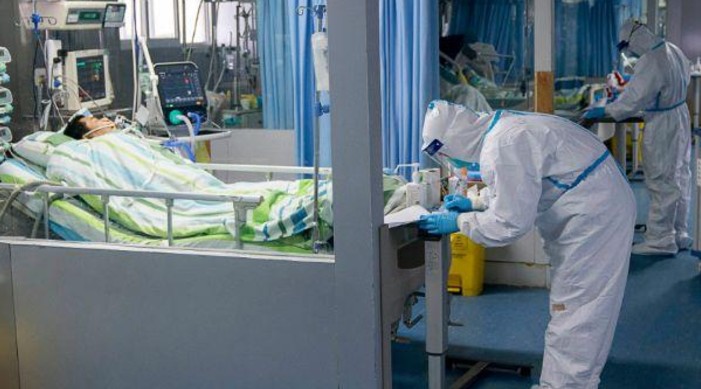 As India struggles with the second wave of the Covid-19 pandemic, Barjinder Sodhi is desperately trying to do his part for the country he left 37 years ago. He doesn’t want Indians to die for want of oxygen or medicine. Sodhi, 59, who moved to Germany from Amritsar in Punjab, is feverishly contacting German politicians and companies to provide India medical assistance like oxygen concentrators and cylinders.

With India in the midst of a pandemic-triggered catastrophe, counting over 3,000 Covid-19 related deaths daily, and with oxygen and other medical supplies running out, Sodhi has come forward to help his country of origin cope with its once-in-a-century crisis.

“India is deep in crisis and it is time we have to help it. We have contacted more than 40 companies saying ‘please help with whatever you can’—with concentrators, ventilators, oxygen and PPE,” Sodhi who runs a restaurant in Berlin, told Indianewsnetwork.com.


On his own, he managed to send 150 oxygen concentrators to India when the second wave of coronavirus was pulverizing the country’s healthcare system. The sudden spike in cases from the third week of April had fuelled demands for hospital beds, oxygen and medicines. Reports of the mounting death toll due to the virus were doing the rounds in social media and making headlines in the national and international media.

“As an Indian diaspora, I was in utter shock. Messages on Indian social media about deteriorating health conditions were making me restless and it was then, I decided to rush medical help to India. I immediately managed 150 concentrators and sent them to Delhi for hospitals,” Sodhi, who is also popular among German politicians, said.

Like Sodhi, thousands of diaspora members spread across Germany are trying to do whatever they can for their country of origin.

Neena Shukla Hartmann of Prexma Consulting, a Germany-based public relations, marketing, exhibition and event management company, swung into action and launched SOS PROCUREMENT, a voluntary procurement group for medicare products for hospitals in the current and the post Covid-19 scenario in India.

Backed by dynamic and enthusiastic Indian origin people like Daniel Raja and more than 30 others, including German and Turkish nationals, the group started contacting German companies, NGOs and individuals who can stand by India at a time of massive crisis. Regarded highly among the Indian diaspora for her helping attitude, Neena, who left India three decades ago, sent emails individually to German business leaders and non-profit groups asking them to help suffering Indians with oxygen cylinders, oxygen concentrators and ambulances.

She didn’t stop at that. In her online magazine portal, www.indienaktuell.de which she launched in 2003 in cooperation with her husband Alexander Hartmann, she put up a special section: ‘Help for India, how can I donate’?

“Many people try their own to ship their donations without knowing whether their consignments will reach the rightful place or not,” Neena said. Her portal, which is popular among Germans as well as Indian diaspora, presents a list of guidelines for donations, shipments of medical goods and medicines and who should be contacted for what purposes in detail. She claims this has to a large extent eased her job of helping India in need.

Yet, challenges don’t come knocking at one’s door. They come suddenly and like the virus, whisk away many happy people and families to the alleys of immeasurable sorrow and sufferings. This is what has hurt Indian diaspora in Germany deeply and they want to address the situation without any delay

Neena, who claims that “her heart bleeds for India,” is working hard to see that immediate and long-term needs of people back in India are met. Through her portal and social media tools, she encourages people to contribute, whatever they can, for the victims of the coronavirus in India.

Her portal www.indienaktuell.de is supporting the cause of Frankfurt-based Deutsch-Indische Zusammenarbeit e. V. (an NGO) which is working with 25 Indian partners active in urban slums and rural areas in India, where they support students whose parents have lost their jobs due to the crisis. They are also involved in building hospitals. The portal is also supporting the cause of another NGO called, Andheri-Freundeskreis e.V, Rheinau. She said most recently, a request came from a German initiative to help migrant workers in Chennai. As per her, various diaspora organizations in Germany have collected more than 100,000 Euros for Covid relief in India.

However, one should learn from people like Pallavi Mishra who work behind the scenes, away from the glare of the media.

Full of energy and drive, she is putting in her best efforts to make quality medical supplies from Germany available to India. FICCI, being represented by her in Germany, in association with BVMW (German Association of Small and Medium sized Enterprises) has procured 1500 oxygen concentrators for private entities in the Indian health care industry.

In any such exercise, dedication, hard work and patience are also required, said Daniel Raja of BVMW.

“We are sparing no effort to give India its due from us. When a hospital or organization in India approaches us for essential medical goods like oxygen concentrators, we voluntarily help them connect with distributors of oxygen concentrators, medical goods in Germany. We are also helping them in shipment and custom clearances and all this voluntarily,” Raja, a member of the Indian diaspora born and brought up in Germany, said.

When India is in dire straits with both human life and economy bearing the brunt of the catastrophic second wave of the coronavirus, the country requires not just material support from its diaspora but also wants to see that overseas Indians become a stepping stone for the country’s dream of becoming a powerful nation of the world.