India is rapidly closing the gap with China in minting new unicorns, highlighting growing investor appetite for tech startups in the country as the Covid-19 pandemic accelerated the adoption of digital services.

Over the past year, 15 companies from India raised capital at a valuation of $1 billion or more for the first time, according to CB Insights and company announcements gathered by Nikkei Asia, Tokyo-based financial daily.

Ten of them became unicorns in 2021. By comparison, only two of the 15 companies from China that joined the list over the past year did so in 2021, according to CB Insights.

Other startups that became unicorns include Chargebee, which sells software that helps companies manage their subscription services; Meesho, which operates a marketplace for individual business owners that want to sell goods on social media; Cred, which gives reward points to credit card users who pay their bills on time.

India has behind China in the size of its digital economy but is rapidly catching up.

As per investors, this is thanks to a surge in mobile phone users as well as government-led policies like the 2016 launch of the Unified Payments Interface, a real-time payments system that enables instant transfer of money between banks.

UPI now accounts for the majority of online payments, and transactions surpassed 5 trillion rupees ($66.7 billion) in March, more than double the figure a year ago, according to the National Payments Corporation of India, which operates the system.

China still dominates the overall unicorn list in Asia with 138 unicorns, more than four times the number in India, according to CB Insights.

Some of China's biggest unicorns are also much larger in size, such as Tiktok operator Bytedance, which has a valuation of $140 billion. India's biggest unicorn is One97 Communications, the owner of mobile payments app Paytm, worth $16 billion.

Still, the rapid rise of India's unicorns signals a shift in investor appetite.

"We are considering allocating more capital to India in the future," Ryu Muramatsu, founding partner of GMO VenturePartners, an early investor in Razorpay and Southeast Asian fintech startups was quoted as saying in the report.

"There may be a correction in valuations in the short term. But compared to the past, companies have strong fundamentals."

One bottleneck for Indian tech startups to go public has been a regulatory rule that generally requires companies to be profitable for three years before they can sell shares to retail investors.

But loss-making companies can go public if they allocate at least 75% of the offering to qualified institutional investors.

Chinese investors and companies are the most likely to lose out if India's tech boom gains momentum.

Once among the most active investors in India, companies like Ant Group, Zomato's second-largest shareholder, have been mostly forced to watch from the sidelines due to a new regulation that requires companies from India's neighboring countries including China to seek government approval before making an investment.

Leading the latest wave of funding rounds are U.S. investors like Tiger Global Management and Sequoia Capital, which have raised billions of dollars for new funds in recent months.

Dell, Foxconn, Lava & 16 other companies apply under PLI scheme for IT hardware 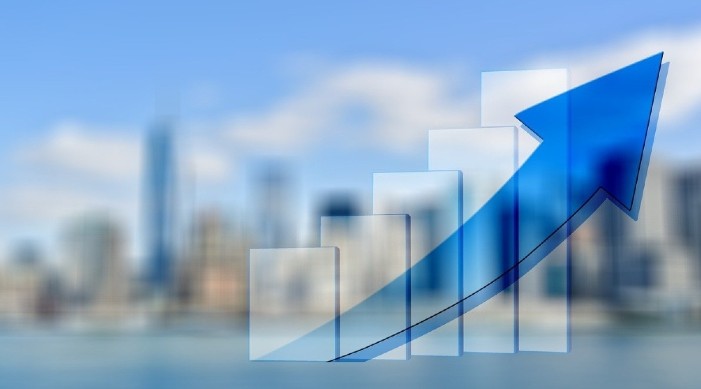 According to the Ministry of Finance, GST receipts in April are the highest since the 2017 indirect tax reform