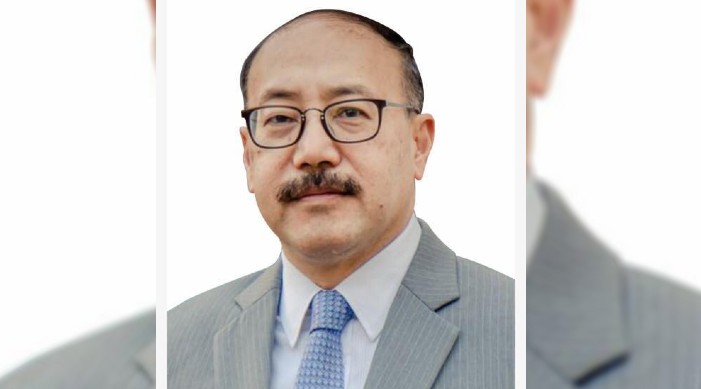 In this rapidly changing world amid the Covid-19 pandemic, India’s foreign policy will continue to evolve for the global good keeping in mind the national priorities, said Foreign Secretary Harsh Vardhan Shringla on Thursday.

Speaking at the inaugural session of the International Relations Conference 2021 organised by Symbiosis School of International studies, FS Shringla said, “Continuity and change have been the defining characteristics of India’s foreign policy. Our foreign policy has always been deeply intertwined with our national priorities. These priorities have evolved as we traversed our journey as a nation. They will evolve further, as the world and the international situation evolves, over the next decade and longer.”

“There will be change, there will also be continuity. While India’s foreign policy adjusts to the evolving global environment, it will not stray from safeguarding our core interests. Our foreign policy has always been aimed at, and will continue to be directed towards diversifying and expanding the country's political, economic and geo-strategic options in order to ensure that India continues on its upward trajectory as a fast-growing inclusive economy, with a rising profile in global affairs,” he added.

FS Shringla noted that the pandemic and the India-China border tension have created a major impact on the diplomatic environment. It has brought a time to strengthen partnership with older allies as well as forge new partnerships with rising powers, along with maintaining a multilateral system.

Speaking about the old partnerships the Foreign Secretary said that the primary spatial orientation of India’s foreign policy remains its immediate neighbourhood, under the Neighbourhood First Policy. It is supported by the revitalised Act East Policy and Think West Policy that seeks to enhance our engagement in our extended neighbourhood, he said.

“The primacy given to our near abroad in our diplomatic efforts is reflected in our Neighbourhood First policy, a central pillar of India’s foreign and security policies since 2014. The bulk of our diplomatic resources, financial and human, are deployed here. India’s Lines of Credit to its neighbours, for example, have jumped from USD 3.27 billion in 2014 to USD 14.7 billion in 2020,” he said.

Drawing attention to some trends in the neighborhood, FS Shringla said, “Connectivity projects are being implemented at an unprecedented pace. Railway projects with Bangladesh and Nepal, Chabahar and Sittwe Ports in Iran and Myanmar, respectively, and inland water projects have created new transport corridors that are facilitating rapid transport of goods and people between different nations in the region and different parts of India.”

Further, he noted that newer areas of cooperation in financial technology, RuPay cards, space and nuclear power are emerging.

“I expect these trends to accelerate over the next decade,” he added.

Reiterating India’s commitment to attain a common rule-based order in the Indo-Pacific, FS Shringla said, “This will be a space where we will try and enhance connectivity, provide net security and promote the vision of a democratic and rules-based international community. We are supporting the Indian Ocean Rim Association and the Indo-Pacific Oceans Initiative to build on our progressive agenda for the region.”

“We believe that the ASEAN countries will be central to realizing our vision of the Indo-Pacific. We have strengthened our engagement with ASEAN and ASEAN members bilaterally and through India-ASEAN initiatives under our Act East policy. Indian engages with ASEAN in multiple formats such as participation in ASEAN India Summits, the East Asia Summit, the ASEAN Regional Forum, ASEM, the ADMM+ and Expanded ASEAN Maritime Forum,” he added.

He pointed out that the India-US bilateral partnership was elevated to a Comprehensive Global Strategic Partnership in February 2020.

“A new momentum in India-US relations has emerged in our engagement with the Biden administration. We expect this intense engagement to continue,” he said.

Further, the minister said that a new strategic dimension has been added to India’s partnership with Russia with a special emphasis on defence and space cooperation.

“We have recently entered into a Green Strategic Partnership with Denmark. This is a template of our emerging cooperation with Europe. It is a relationship that will focus on elevating India-European ties by building on areas of common interest such as digital cooperation, climate change, and mobility and connectivity agreements,” he added.

Noting that Japan has become one of our most important partners, the minister said, “It is one of the largest investors in India. It is assisting us with projects of national importance such as the high-speed train corridor between Ahmedabad and Mumbai. We work together in the North East in a new paradigm of cooperation through the India Japan Act East Forum.”

Further calling Africa the continent of the future, FS Shringla said, “The India Africa Forum and its Summits are a platform that we have created to shape our engagement with the continent. Regular high level contact is being pursued at an unprecedented pace with visits to more than 30 African countries at the level of the President, Vice President and Prime Minister. More than two-thirds of our lines of credit in the last decade have been extended to Africa. An India-Africa Defence Ministers Conclave was held in February 2020. India also hosts African students under its Indian Technical and Economic Cooperation (ITEC) programme. I understand that several African students are studying in Pune, particularly in Symbiosis.”

“We are currently serving a two-year term in the UN Security Council. We have just finished chairing the SCO. We are currently the chair of BRICS. We are the forthcoming chairs of the G20. We will also be present at the G7 meeting in London in June. We will expand our vision of human-centric globalization and of reformed multilateralism and work through these and other multilateral and plurilateral platforms in the decade ahead,” he said.

On the domestic front, the minister said, “All crises are followed by periods of growth.”

“The current crisis, as grim as it looks presently, will abate. Empirical evidence points in the direction of a subsequent period of growth. In this context, India’s diplomatic strategy takes into account the imperative of an Atmanirbhar Bharat that catalyses a globalised India focussed on linking the local to the global, on becoming a nerve center of global supply chains and a manufacturing hub,” he added.

India has been at the forefront of diplomatic efforts to deal with the pandemic and its consequences through its participation in SAARC, G20, QUAD, BRICS, UN and other initiatives.

“A 24*7 Covid Cell was created at the outset within our Ministry. It managed a global effort to assist millions of Indians stranded by successive lockdowns. In the wake of the second wave of the pandemic, we have once again constituted teams of our best officers to coordinate and channelize global efforts to source raw materials for our vaccines, pharma and medical industries, to source oxygen and oxygen producing equipment, and for coordinating the delivery of essential and relief supplies to India. We had participated in the earlier global procurement effort for medical supplies such as PPEs and testing kits, during initial shortages,” FS Shringla said.

Concluding the speech, FS Shringla said that India, in the midst of the pandemic, went out of its way to be a force for global good and a responsible international citizen.