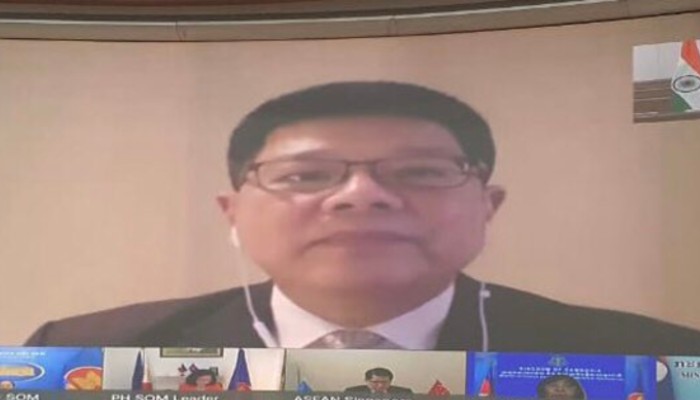 India and ASEAN on Wednesday held 23rd senior officials’ meeting in a virtual format and reviewed the status of ongoing ASEAN-India cooperation under the whole spectrum of political-security, economic, socio-cultural and developmental cooperation.

The Meeting co-chaired by Secretary East, Riva Ganguly Das and Permanent Secretary of Thailand Thani Thongphakdi also deliberated on the steps to implement the ASEAN-India Plan of Action (2021-2025) and discussed ways to further strengthen the ASEAN-India Strategic Partnership.

Ways and means to strengthen cooperation in the fight against the COVID-19 pandemic along with important regional and international issues of mutual concern were also covered during the meeting.

The Secretary (East), in her remarks, welcomed the strong and supportive role played by Thailand as the Country Coordinator of ASEAN-India Dialogue Relations for the last three years and looked forward to working with Singapore as the next Country Coordinator.

Underlining the centrality of ASEAN in India's Indo-Pacific vision, she mentioned that India wants to see a strong, unified and prosperous ASEAN playing a central role in the Indo-Pacific region contributing to Security and Growth for All.

They also appreciated India's support to ASEAN and ASEAN-led architecture in the region.

The strong cultural, economic and political ties between India and ASEAN are the stepping stone to achieve our vision of a more connected India and ASEAN.