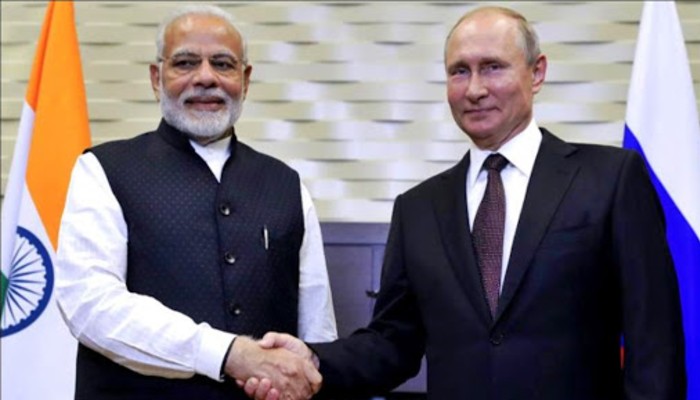 India and Russia on Wednesday decided to establish a new 2+2 dialogue at Minister-level comprising Foreign and Defence Ministers from both countries.

In telephonic conversation between Prime Minister Narendra Modi and Russian President Vladimir Putin the decision to this effect was taken.

According to a statement issued by the Ministry of External Affairs, during their talks, the two leaders also discussed the evolving Covid-19 pandemic situation.

President Putin expressed solidarity with the people and government of India and conveyed that Russia would extend all possible support in this regard.

Prime Minister Modi thanked President Putin and noted that the prompt Russian support to India was a symbol of our enduring partnership.

The two leaders noted the ongoing cooperation between the two countries to fight the global pandemic.

Approval for emergency use of Sputnik-V vaccine in India was appreciated by President Putin. The leaders noted that the Russian vaccine will be manufactured in India for use in India, Russia and third countries.

Both leaders attached importance to further deepening bilateral cooperation in various sectors in the spirit of our special and privileged partnership.

Prime Minister Modi conveyed appreciation for the support received from Russia for India’s Gaganyaan Program and the completion of the Russian phase of training of the four Gaganyaan astronauts.

The leaders noted the scope for increasing cooperation in the area of renewable energy, including the Hydrogen economy.

The two leaders recalled the important decisions taken during their last Summit meeting in Vladivostok in September 2019.

Prime Minister Modi conveyed that he looks forward to President Putin’s visit to India later this year for the bilateral summit which would provide an occasion to continue their personal and trusted conversation.

President Putin assured the Prime Minister of Russia’s full support for the success of India’s Presidency of BRICS during 2021. The two leaders agreed to remain in close touch on bilateral and international issues.