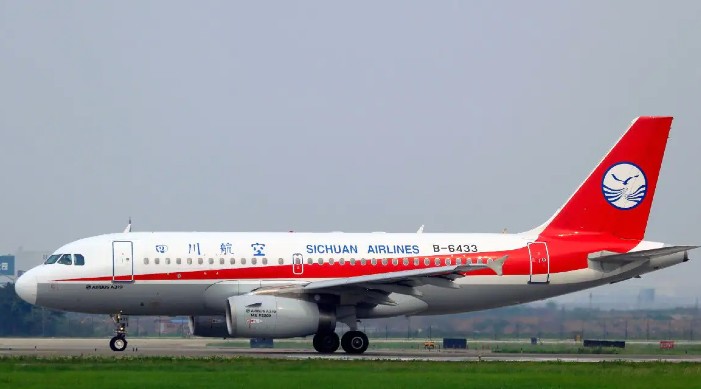 In a move that could impact efforts by Indian private companies to import medical supplies to fight the deadly coronavirus, the Chinese state-owned Sichuan Airlines has suspended its services to India for 15 days because of the surge in Covid-19 cases.

In a letter to the sales agents on Monday, the Sichuan Chuanhang Logistics Co. Ltd, part of the Sichuan Airlines said the airline has suspended its cargo flights on all six routes - Xi’an-Delhi, Xi’an-Mumbai, Chengdu-Chennai, Chongqing-Chennai, Chengdu-Bangalore, and Chongqing-Delhi - for 15 days,

However, following the vitriolic criticism of the move in the Indian media, China’s state-run airlines on Monday took a U-turn, retracted its announcement to suspend cargo flights taking crucial supplies like oxygen concentrators to India and said that it was working out a new plan to resume the services.

A logistics arm under Sichuan Airlines said that it was discussing a new plan to resume cargo services to India, as the country has been going through a COVID-19 resurgence, state-run Global Times reported.

"We are re-evaluating the original plan of suspending cargo services to India, and actively discussing a new plan to guarantee cargo services to the region," the report quoted the airlines as saying in reply to its queries.

The response came after Indian media reported that Sichuan Airlines had suspended all its cargo flights to India for 15 days, and said that such a move brings "major disruption" to private traders' efforts to buy medical supplies, including oxygen concentrators, from China, the daily said.

A news agency report said that in a letter to the sales agents on Monday, the Sichuan Chuanhang Logistics Co. Ltd, the company which is part of the Sichuan Airlines has said the airline has suspended its cargo flights on six routes, including Xian to Delhi, amid hectic efforts by private traders from both sides to procure oxygen concentrators from China.

"In the face of sudden changes in the epidemic situation (in India), in order to reduce the number of imported cases, it is decided," the company said to suspend the flights for the next 15 days.

The suspension of cargo flights came as a surprise to agents and freight forwarders who are frantically trying to procure the oxygen concentrators from China.

There are also complaints of Chinese manufacturers jacking up the prices by 35 to 40 per cent. The freight charges have been increased to over 20 per cent, said Siddharth Sinha of Sino Global Logistics, a Shanghai-based freight forwarding company.

He told the news agency that the Sichuan Airlines decision to cancel flights has caused severe disruption to attempts by private traders in both the countries to secure quick supplies of the Oxygen concentrators to rush to India in view of the dire situation.

Wang declined to react to China's, Sichuan Airlines, decision to suspend its cargo flights to several destinations to India which was expected to seriously cause disruptions to private traders' efforts to procure oxygen concentrators badly needed in India.

"As for the operation of the specific flights of the airlines you mentioned, I suggest you check with the company concerned," he said.

Chinese Ambassador to India Sun Weidong in a tweet said his country "firmly supports" India in fighting against COVID19.

"We will encourage and guide Chinese companies to actively participate in the cooperation in facilitating various needed medical supplies for India," he tweeted.

#China firmly supports #India in fighting against #COVID19. We will encourage and guide Chinese companies to actively participate into the cooperation in facilitating various needed medical supplies for India.

India is struggling with a second wave of the pandemic with more than 3,00,000 daily new coronavirus cases being reported in the past few days, and hospitals are reeling under a shortage of medical oxygen and beds.