US, UK, France and others pledge to support India in its fight against coronavirus 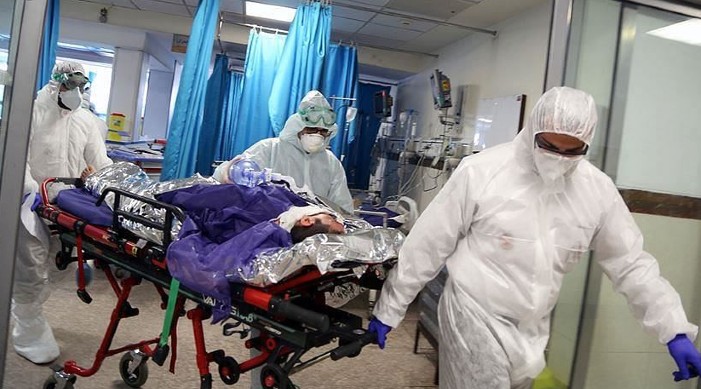 As India continues to singe in deadly coronavirus fire with the government scrambling for answers to the horrific situation, the international community which was passively looking at Indians’ sufferings, has finally come forward to support the country in its tough time.

Countries like the United States, United Kingdom, France, Germany, Australia, China, Singapore, Saudi Arabia, the UAE and Pakistan have expressed solidarity with India and promised to help it in coming out of the crisis.

On Monday, US President Joe Biden and Vice President Kamala Harris have assured India and its people of providing all assistance, including urgently sending necessary medical life-saving supplies and equipment, to help the country combat the deadly coronavirus crisis.

“Just as India sent assistance to the United States as our hospitals were strained early in the pandemic, we are determined to help India in its time of need," Biden said in a tweet.


Just as India sent assistance to the United States as our hospitals were strained early in the pandemic, we are determined to help India in its time of need. https://t.co/SzWRj0eP3y


"The US is working closely with the Indian government to rapidly deploy additional support and supplies during an alarming COVID-19 outbreak. As we provide assistance, we pray for the people of India -including its courageous healthcare workers," Harris said in a tweet.

The tweets are the first reactions by the top American leadership after the recent outbreak of the deadly COVID19 pandemic in India. The Biden administration has been criticized by friends of India in the US, including some of their party leaders, for a slow response to their natural ally.

Amid a massive shortage of oxygen in India, the international community has come forward to send oxygen and related equipment to India.

The UK is sending ventilators and oxygen concentrator devices to India to help the country manage the covid-19 pandemic that has gripped the country and put immense pressure on its health services.

A press statement from the British High Commission in New Delhi said the UK was dispatching “more than 600 pieces of vital medical equipment" to “support the country in its fight against Covid-19."

“The assistance package, funded by the Foreign, Commonwealth and Development Office, includes ventilators and oxygen concentrators from surplus stocks. It will be used by the Government of India to provide vital medical treatment to those suffering from Covid-19 in India," the statement said.

Germany has sent 23 mobile oxygen generation plants for use in military units tending to Covid-19 patients. They’re expected to arrive in India this week.

Saudi Arabia has sent 80 metric tons of liquid oxygen on April 24 via the Indian-owned shipping companies Adani Group and Linde. The first tanks are headed to the port of Mundra.


Embassy of India is proud to partner with Adani group and M/s Linde in shipping much needed 80MT liquid oxygen to India. Our hearfelt thanks to Ministry of Health Kingdom of Saudi Arabia for all their help, support and cooperation.@MEAIndia @drausaf @SaudiMOH @HMOIndia pic.twitter.com/6j8NuGwtCB


Singapore has also sent cryogenic oxygen tanks to India. They were picked up by the Indian Air Force on April 24.

India’s ally in Quad Australia has also said that it is working closely with India to determine how it can assist in the crisis.

French President Emmanuel Macron expressed readiness to support India through the crisis. Details of how and what he plans to offer have yet to be revealed.

As the Covid crisis has taken a toll in the country with more than 2000 deaths recording officially every day, India’s neighbors China and Pakistan have also extended helping hands, suspending old rivalries.

China’s Foreign Ministry spokesperson Zhao Lijian says that Beijing is “ready to provide support and help according to India’s need.”

“As a gesture of solidarity with the people of India in the wake of the current wave of COVID-19, Pakistan has offered to provide relief support to India including ventilators, Bi-PAP, digital X-ray machines, PPEs, and related items,” a government spokesperson said in an April 25 statement.

The situation in India is becoming grave day by day. With 3,52,991 fresh Covid cases and 2,812 deaths in the last 24 hours, India saw a new record high as a deadly second wave swept the country.

At this critical time, it was highly expected from the global community to reciprocate the support India provided in times of need. The help, however, came after much criticism as everyone had either maintained a stoic silence or was belittling India’s management of the crisis.