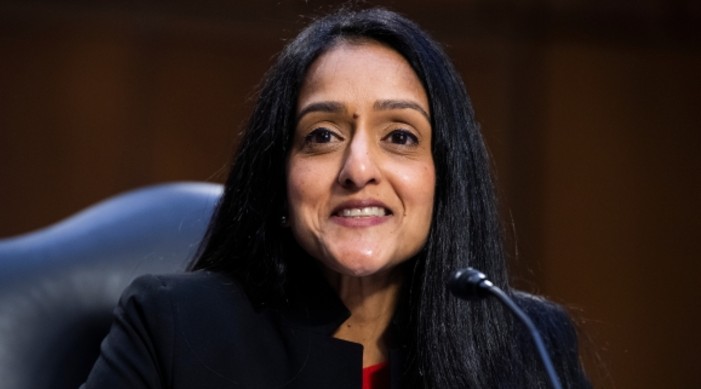 Known for her professional integrity, Vanita Gupta has unassailable record in the administration of justice

The growing list of Indian-Americans saddled at prominent positions in the Joe Biden administration, has got one more addition with Vanita Gupta being confirmed by the US Senate as an Associate Attorney General. With this, she has become the first person of colour to occupy the third-highest position at the US Department of Justice.

Congratulating her, US President Joe Biden said: “Congratulations to Vanita Gupta on making history as the first woman of colour to serve as associate attorney general. Now, I urge the Senate to confirm Kristen Clarke. Both are eminently qualified, highly respected lawyers who are dedicated to advancing racial equity and justice.”

The daughter of Indian immigrants who was born and raised in the Philadelphia area, Gupta, a 46-year-old, has had an illustrious career of fighting for civil rights. She received her Bachelor of Arts degree from Yale University and Juris Doctor from New York University.

After graduating from New York University’s School of Law in 2001, Vanita Gupta started her legal career at the NAACP Legal Defense and Educational Fund. It was here that she rose to national prominence after she investigated a series of drug-related convictions and arrests of several men in Tulia, Texas. Almost all of the men convicted were black.

She proved that the charges had all been fabricated by a narcotics agent named Tom Coleman. As a result of her case, 35 of the men were pardoned by the then-Governor of Texas, Rick Perry, in 2003.

Gupta served as the assistant attorney general for civil rights from 2014 to 2017, under President Barack Obama, where she advanced criminal justice reform, prosecuted hate crimes, protected voting rights and fought against discrimination.