‘We are using Bangladesh as a link to Northeast’: Foreign Secretary Shringla 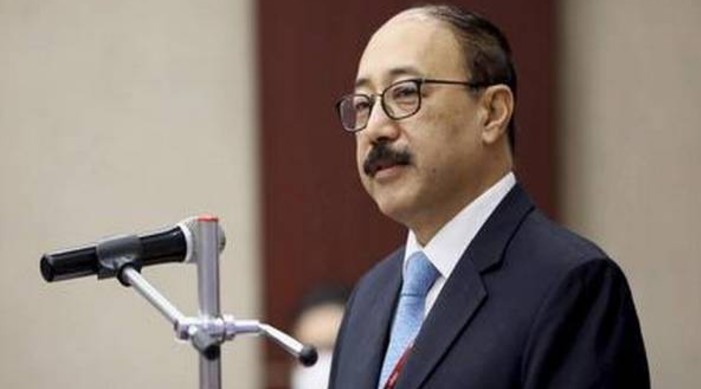 Affirming that India is developing physical connectivity that is helping movement of goods to Northeast, Foreign Secretary Harsh Vardhan Shringla said New Delhi is using Bangladesh as a link to Northeast, Myanmar, Nepal and Bhutan.

“We are using Bangladesh as a link to our Northeast and connecting to Myanmar, Nepal, Bhutan,” Foreign Secretary said while speaking at Sikkim University’s Fourth Global Lecture on ‘Locating Northeast Region in India’s Foreign Policy.

“When we talk about connectivity, we also talk about the fact that we are building today roads, railway lines. We are building inland waterways and dredging them. We are working with all our neighbors, creating pipe lines for energy, to integrate,” he said, adding that when Neighborhood First policy, Act East policy and Indo-Pacific policy come together can directly benefit people in Northeastern states.

“It used to cost a lot of money, used to take a lot of time to go, all around from Siliguri, all around to Manipur, Tripura, Nagaland, Mizoram but today we are using Bangladesh as a link to our Northeast and connecting to Myanmar, Nepal, Bhutan,” he stated.

Citing the examples of India's connections through energy pipelines like the Motihari-Amlekhganj diesel pipeline with Nepal and Parbatipur-Siliguri pipeline with Bangladesh, Shringla said such linkages have created a mutually beneficial relationship with New Delhi’s neighbours.

Noting that India has become a partner to Bangladesh’s development by investing close to US$ 10 billion in lines of credit, grants-in-aid and for connectivity projects, he held that greater trade, investments, people-to-people ties, less stability and more security has created a zone of co-prosperity in the region.

“You're living in harmony with your neighbors. When the Prime Minister talks about ‘Sabka Sath, Sabka Vikas, Sabka Vishwas’, it is not only just for our country. It encompasses our entire neighborhood,” the Indian Foreign Secretary added.

Pointing out that the Northeastern state of Sikkim has in 2019 experienced a 90 percent increase in tourism and that 50 percent of those tourists who came from Bangladesh, Shringla explained that this is a good example of how diplomacy can positively impact domestic economic outcomes, he said.

Since the 1971 War, India had not corrected the visa manual that linked Bangladesh with Pakistan, the Indian Foreign Secretary said he brought this lacuna to the notice of the then Union Home Minister, Rajnath Singh, who promptly changed the policy and as a result of which, the immediate outcome is a huge influx of tourists.