'India has been largest contributor to UN Peacekeeping’: EAM Jaishankar 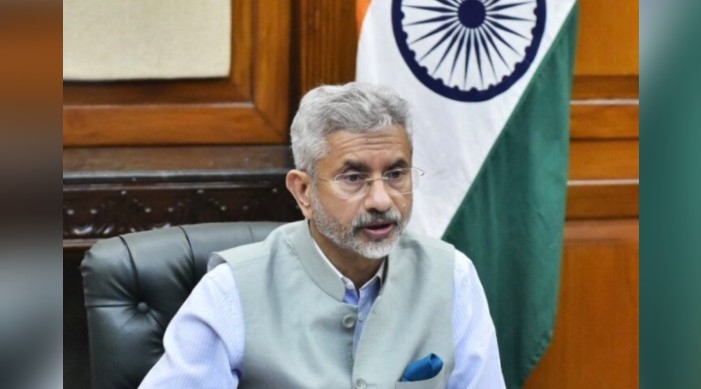 The largest number of UN troops who have made their supreme sacrifice are from India, he noted.

The exemplary demeanor of Indian soldiers in World War-I, on and off the battlefield has set India on the long road to peacekeeping and shaping India as the largest contributor to UN Peacekeeping, said External Affairs Minister, S Jaishankar on Thursday.

“The exemplary demeanour of Indian soldiers in World War- I, on and off the battlefield has set us on the long road to peacekeeping. With 50 missions and 253,000 soldiers in addition to police personnel, India has been the largest contributor to UN Peacekeeping,” EAM Jaishankar said at a virtual seminar.

“Indian soldiers were motivated during the World War-I, neither by conquest nor acquisition, their driving force was in fact a military ethic, honour and dignity of the profession,” he stated in his Keynote Address at ICWA-USI International Gallipoli Virtual Seminar.

“This shaped their self-perception and behavior norm building an image of discipline and responsibility,” EAM added.

Noting that the standards with which the Indian military is associated with home and abroad has its history, he pointed out that this is particularly relevant for India that is poised to enter a different phase of its evolution.

Indians have served with distinction in regions close to Gallipoli and continue to do so even today, the EAM stated.

The largest number of UN troops who have made their supreme sacrifice are also from India, he informed.

“Our soldiers bring with themselves a culture of empathy and fairness and are seen as friends and partners rather than aliens and strangers,” he noted.

“Indian peacekeepers are rarely perceived as an external imposition. Indeed, they are easily woven into the fabric of local society. As a result they can go beyond their assigned roles to become catalysts of change,” the Minister said.

The story of the all female formed police unit of peacekeeping in Liberia in 2007 is noteworthy, he submitted. The unit was instrumental in combating sexual and gender based violence. The inspiring presence of Indian women in uniform encouraged a process of empowerment in Liberia, he noted.

Indian woman peacekeepers were seen as a force worthy of emulation just like the Indian soldiers did duty in the cold frosty battlegrounds of World War-I. These have been the best ambassador India in contemporary times.

In a world that is regrettably less multilateral than it should be, common good has been a national initiative, the EAM observed.

“In our own region, India has been the first responder in humanitarian assistance and disaster relief. Whether during the Civil War in Yemen, the earthquake in Nepal, the cyclone in Mozambique, the mudslides in Sri Lanka,” he said.

Some of the travails that the Covid-19 pandemic subjected us to were also addressed by Indian military deployments, EAM recalled.

Referring to the theme of the seminar 'Gallipoli revisited’, the EAM said that this is also the time to reflect upon India’s global participation and presence and the contribution of Indian soldiers fighting in World War-I as part of the victorious Allied armies has a lion share in it, he recalled.