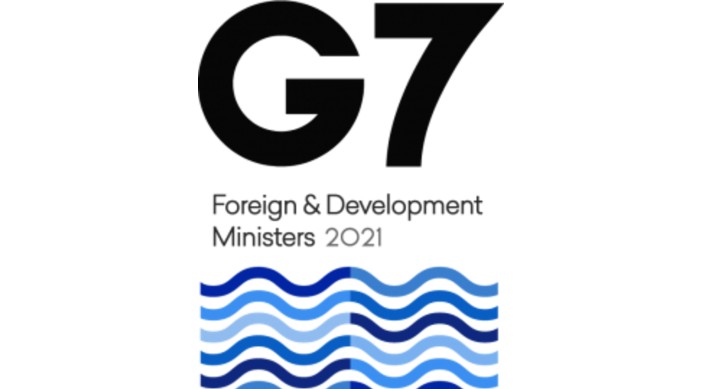 UK Foreign Secretary Dominic Raab highlighted that the event would be an opportunity for the world's biggest democracies to come together.

Expecting to bring broader experience and geographic representation and demonstrating the importance of the Indo-Pacific region, India is among the guest countries invited to join parts of the G7 Foreign and Development Ministers' meeting to be hosted by the UK next month.

UK Foreign Secretary, Dominic Raab announced in the country's Parliament that the Foreign and Development Ministers’ Meeting would take place in London between May 3 and May 5, a statement from the Foreign, Commonwealth, and Development Office (FCDO) said on Tuesday.

The meeting in London will be the first in-person summit of the foreign ministers of the Group of Seven countries viz. Canada, France, Germany, Italy, Japan, the US, and the UK as well as the European Union (EU) and will be held in what has been dubbed a COVID-secure way between May 3 and 5.

It is also likely to include External Affairs Minister S Jaishankar for parts of the summit, with India, included among the guest nations from the Indo-Pacific region.

"The Foreign Secretary has also invited India, Australia, the Republic of Korea, South Africa, and the Chair and Secretary-General of the Association of Southeast Asian Nations (ASEAN), to join parts of this year's G7 Foreign and Development Ministers' meeting as guests,” the FCDO said.

"Their attendance will bring broader experience and geographic representation, and demonstrates the importance of the Indo-Pacific region," it noted.

UK Foreign Secretary Dominic Raab confirmed the plans for the meeting in Parliament on Tuesday, highlighting that the event would be an opportunity for the world's biggest democracies to come together.

"The meeting of G7 Foreign and Development Ministers next month is an opportunity to show how the world's biggest democracies work together to ensure equitable access to vaccines, build back better from the pandemic, support girls in the poorest countries get a good quality education and agree ambitious action to tackle climate change," Raab was quoted as saying by news agency PTI.

The last G-7 Foreign Ministers meeting took place in April 2019 at Dinard and Saint-Malo in France.

The Foreign Office said the meeting is a crucial opportunity to revitalize in-person diplomacy and will look to establish a shared approach among the world's leading democracies on equitable vaccine access, to agree global girls' education targets, rigorous goals on climate finance, and new measures to prevent famine and food insecurity.

It comes as part of the UK's G7 presidency this year, with Prime Minister Boris Johnson set to host the G7 Summit in the coastal region of Cornwall between June 11 and 13.

Prime Minister Narendra Modi is among the guest heads of government invited to attend.