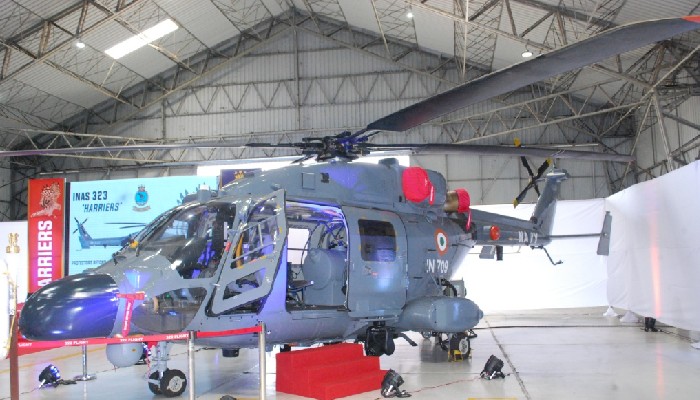 India’s effort to strengthen its armed forces received a boost when Indian Naval Air Squadron (INAS) 323, the first unit of the indigenously built ALH Mk III aircraft, was commissioned into the Indian Navy on Monday.

The Mk III version of the ALH has an all glass cockpit and will be used for search and rescue, special operations and coastal surveillance.

As many as 16 aircraft are under procurement and the aircraft are being delivered in a phased manner to the Indian Navy.

Addressing the gathering, Raksha Rajya Mantri said that the commissioning of INAS 323 marked yet another milestone in the efforts towards enhancing maritime security and safeguarding maritime interests of the nation, as also embodying the spirit of Atma Nirbhar Bharat.