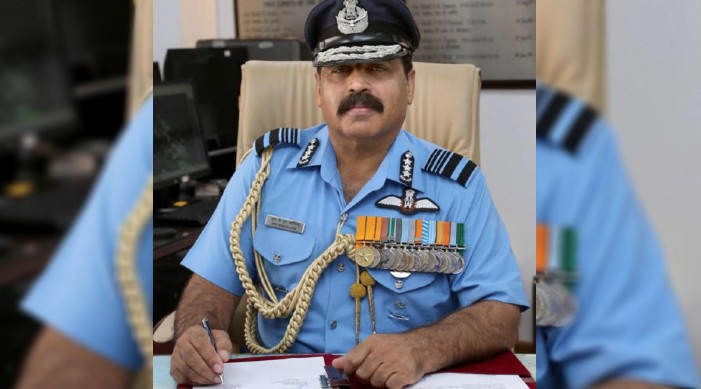 The IAF Chief will hold meetings with the senior military leadership of France and undertake visits to operational facilities, air bases

Coming as yet another bilateral milestone in India-France relations, Chief of the Air Staff RKS Bhadauria on Monday embarked on a five-day visit to France on an invitation from French Chief of Staff Gen Philippe Lavigne.

"Air Chief Mshl RKS Bhadauria, CAS embarked on an official visit to France today on an invitation from Gen Philippe Lavigne, Chief of Staff @Armee_de_lair. The visit from Apr 19-23 will enhance potential avenues for strengthening the level of interaction between the two Air Forces," IAF tweeted.

The visit of the Chief of the Air Staff from April 19 to 23 will enhance potential avenues for strengthening the level of interaction between the two Air Forces. He will hold meetings and discussions with the senior military leadership of France and undertake visits to operational facilities and air bases.

India and France have traditionally close and friendly relations. The two countries are part of a Strategic Partnership, which is emblematic of their convergence of views on a range of international issues apart from bilateral relationship in the areas of defense cooperation, space cooperation and civil nuclear cooperation.

Apart from these traditional fields of cooperation, India and France are increasingly engaged in new areas of cooperation like climate change, sustainable growth and development, the International Solar Alliance etc.

French Minister for Europe and Foreign Affairs Jean-Yves Le Drian was in New Delhi from April 13 to April 15 to strengthen strategic ties between both sides, boost cooperation in several fields, particularly the Indo-Pacific. He also participated in the Raisina Dialogue.

During his visit, Drian met with his Indian counterpart S Jaishankar and discussed issues of mutual interest. He also held a meeting with Union Minister Prakash Javedkar and decided to strengthen cooperation in environment protection.

The French Minister concluded his visit to India by meeting the French Tech Community Bangalore-India, to promote cooperation between the two countries in the field of technological innovation and the development of ties between Indian and French startups.