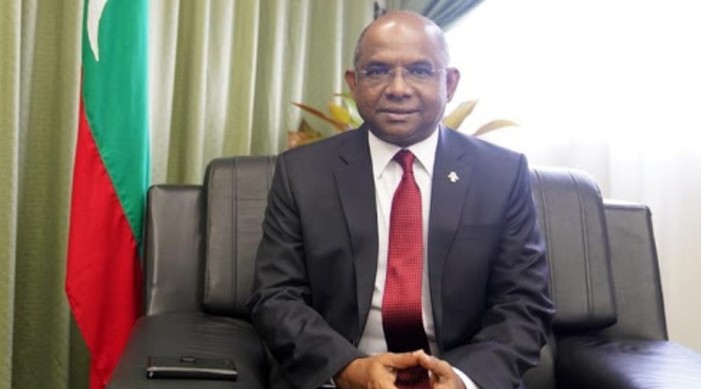 Maldivian Foreign Minister, Abdulla Shahid will be in New Delhi on a two-day working visit from Thursday.

According to the Ministry of External Affairs, during his visit, Foreign Minister Shahid will meet External Affairs Minister S Jaishankar on Friday and discuss bilateral, regional and international issues of mutual interest.

Maldivian Foreign Minister Shahid will also participate in the Raisina Dialogue in virtual mode in sessions on “Financing for Sun” and “Global public health after the Pandemic”.

Maldives is India’s key maritime neighbour in the Indian Ocean Region and occupies a central and special place in the Prime Minister’s vision of ‘SAGAR’ - Security and Growth for All in the Region.

Foreign Minister Shahid’s visit is expected to lend further momentum to the close bilateral cooperation between the two countries.

Reaffirming their commitment to further strengthening the relationship and exploring new areas of cooperation, Jaishankar and Shahid had signed multiple agreements for infrastructure development projects financed through India’s Lines of Credit (LoC) in the archipelagic nation.

The two countries have demonstrated close cooperation in fighting the Covid-19 pandemic.

On 29 March, Maldives received a consignment of 100,000 doses of Covishield vaccine procured from the Serum Institute of India (SII).

The supply of the vaccines from India allowed Maldives to begin administering the second dose of Covid-19 vaccines to its people. Maldives had earlier received 200,000 doses of the Covid-19 vaccine as a gift from the Indian government in January and February.

In addition to this, Maldives also received 12,000 doses of the Covishield vaccine under the COVAX facility.