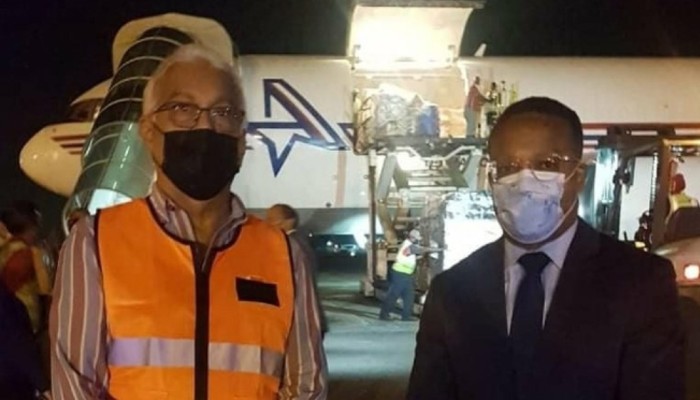 The Made-in-India vaccines being received at Piarco airport.

Living up to its reputation as the ‘pharmacy of the world’, a consignment of 40,000 Covishield vaccines donated by India to Trinidad and Tobago landed at the Piarco International Airport on Tuesday night.

According to a news report, the Indian High Commissioner called upon all Trinbagonians to believe in science and take the vaccine on their turn. He said that India and Trinidad and Tabago share a similar history, culture and a democratic value system.

This donation was a demonstration of the years-long friendship, Ambassador Sahu was quoted as saying.

Carricom countries or the bloc of Caribbean countries have received the Made-in-India Covid19 vaccines supplies under grant since early February. Trinidad and Tobago is the 12th country in the region to receive the vaccines from India.

The Carricom bloc has a total of 15 countries.