India can prove to be most natural ally for EU: Piyush Goyal 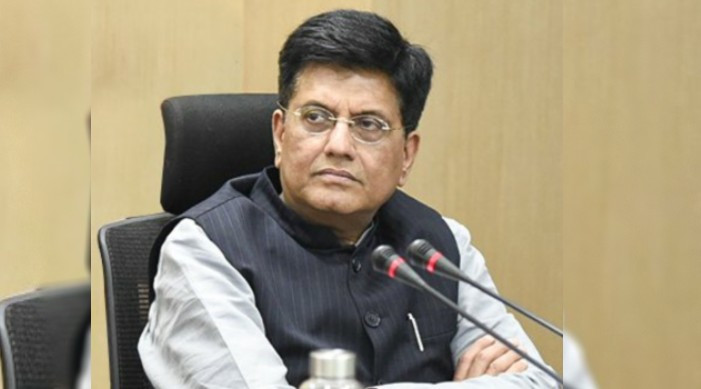 India can prove to be the most natural ally for the European Union (EU), Union Minister of Commerce and Industry Piyush Goyal has said.

Addressing the ambassadors of the EU member states on Tuesday, he said that the India-EU partnership can emerge as a model of good governance, growth & development.

Describing India-EU trade as balanced and complementary, Goyal said there was vast scope of enhanced engagement. The combination of India’s manufacturing & EU’s innovation capacity can be a game changer, he pointed out.

Calling for "resilient India-EU relations," he said that India & EU should look at vast areas of convergence.

He said that India looks forward to advance the negotiations towards an agreement between India & EU on investment facilitation & protection for mutually beneficial outcome.

He emphasised on the need for proportional & simultaneous discussions on both trade & investment, so that there was balanced outcome for both the parties.

The minister called for Early Harvest agreements, which he said are fully WTO compliant. He called for addressing the Non-tariff barriers on both sides.

The Union Minister for Commerce and Industry noted that EU countries collectively were the largest trading partner for India, as well as one of the largest investors in India.

"India-EU import-export flows are balanced and complementary. India-EU collaboration in research and innovation has expanded significantly," he was quoted as saying in an official press release.

The year 2020 had tested world’s resolve and determination, Goyal said, referring to Covid-19. He pointed out that India imposed the strictest lockdown as it strongly believed that “Lives matter”.

"During the lockdown, we were able to prepare ourselves and our infrastructure like ventilators, ICU beds, PPE kits, etc. Despite the lockdown, we met our international commitments, particularly in services & didn’t allow any value chain to get affected. We ensured essentials commodities like food grains, vegetables, milk, medicine etc reached each home," he added.

The economy was brought back to near normalcy after the gradual unlocking, as the government maintained a delicate balance between lives & livelihoods, he said.

Maintaining that the government was conscious of the fact that COVID-19 numbers in the second wave were even more worrisome, he assured that steps were being taken to control the pandemic, while also protecting livelihoods.

While investments had fallen worldwide due to the pandemic, they had grown in India, he pointed out.

According to Goyal, the record Foreign Direct Investment (FDI) numbers, even during the COVID-19 year, was evidence that that the world appreciates & recognises India’s true potential.

Goyal pointed out that following the principles of ‘Vasudhaiva Kutumbakam’, India had sent more than 65 million COVID-19 vaccines to over 80 countries around the world.

India has also proposed TRIPS waiver at the WTO for a limited period so that humanity at large could have access to the COVID-19 related products, and sought the support of EU on the issue, he added.

Stating that WTO Reforms were a shared objective of India & the EU, Goyal said that he was looking forward to working with the European counterparts to pave the way for the EU-India Summit in Porto in May this year.