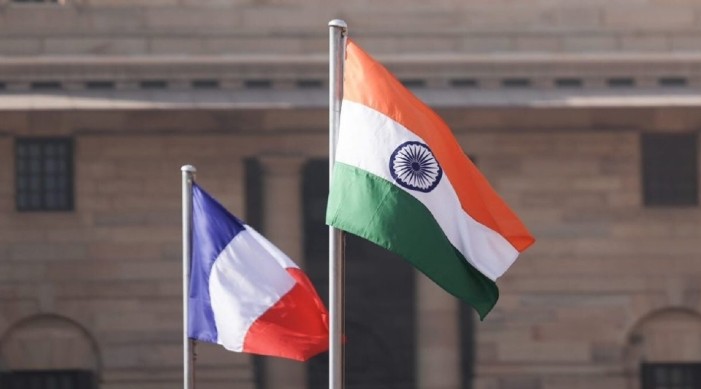 Minister for Europe and Foreign Affairs of France Jean-Yves Le Drian will pay an official visit to India from April 13-15 paving the way for further strengthening of the partnership between New Delhi and Paris across a range of areas including trade, defence, climate and health.

During his stay in New Delhi, Le Drian will hold talks with External Affairs Minister S Jaishankar on Tuesday on bilateral, regional and international issues of mutual interest, the Ministry of External Affairs said in a statement announcing the visit.

He will also participate in the Raisina Dialogue.

India and France enjoy a strategic partnership since 1998, which has been marked by regular high level exchanges and growing cooperation in diverse areas.
Le Drian’s visit will pave the way for further strengthening of the partnership across trade, defence, climate, migration and mobility, education and health sectors in the post-Covid context.

On 30 June last year, EAM Jaishankar had held wide-ranging discussions through video conference with his French counterpart and had covered issues related to contemporary security and political importance.

The meeting between the two ministers had followed the Foreign Secretary-level consultation on regional and global issues of mutual interest.

Earlier, Jaishankar on his visit to France in November 2019 had held talks with Le Drian. The two ministers had discussed issues of bilateral partnership and international importance.

Le Drian had undertaken an official visit to India in December 2018.

During this trip, he had called on Prime Minister Narendra Modi and the then Minister of External Affairs of India Sushma Swaraj to discuss various aspects of the Indo-French strategic partnership that in 2018 completed 20 years.