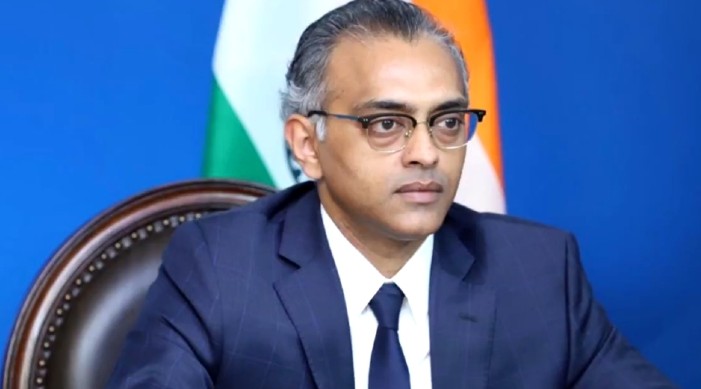 India, at a United Nations Security Council (UNSC) meeting on Saturday, condemned the use of violence in Myanmar and deeply condoled the loss of lives in the country.

India’s statement came in the wake of reports of violence in Myanmar killing hundreds of people since the military coup on 1 February.

“India condemns the use of violence in Myanmar and deeply condoles the loss of lives in the country. It is essential to observe maximum restraint,” said India’s Deputy Permanent Representative to the UN K Nagaraj Naidu during a Security Council Arria Formula meeting on Myanmar held on Saturday.

“India is convinced there should no falling back on the path to democracy in Myanmar. The rule of law must be upheld and the process of democratic transition which India has long supported must be taken forward,” he noted.

The first and most immediate step in this regard was the release of detained leaders, he argued.

“India must continue to engage on measures to accelerate and support the democratic transition in Myanmar under which the hopes and aspirations of the people of Myanmar are fully respected and met,” he stated.

Reiterating that India had the highest stakes of ensuring peace a peaceful resolution of the situation, Ambassador Naidu asserted that New Delhi was cognizant of the serious impact of the political instability in the country and the potential of the spillover beyond Myanmar’s borders.

Calling for a greater engagement by the international community, he stated that India would support all initiatives to engage with Myanmar and resolve issues peacefully without further bloodshed. The UN Deputy Permanent Representative also welcomed the efforts of ASEAN in finding a solution to the issue.

Conveying India’s stand that the United Nations must play its role and not be found wanting during this crucial phase, he noted that the security council had repeatedly expressed its hope that the Secretary General’s Special Envoy would visit Myanmar as soon as possible.

He stated that it was important for the international community to recognize and understand the humanitarian burden that Bangladesh continued to face and efforts it had undertaken to ensure the well-being of the displaced persons.

Towards this end, India had extended on the ground support for the displaced persons in the camps in Bangladesh, the Deputy Permanent Representative said. He also appealed to the international community for supporting Bangladesh efforts further, financially and otherwise.

Ambassador Naidu also considered it important that the efforts to repatriate the displaced persons currently in Bangladesh to the Rakhine state of Myanmar be expedited. "We cannot afford to have a slowdown of this process and call on both sides to engage actively," he said.