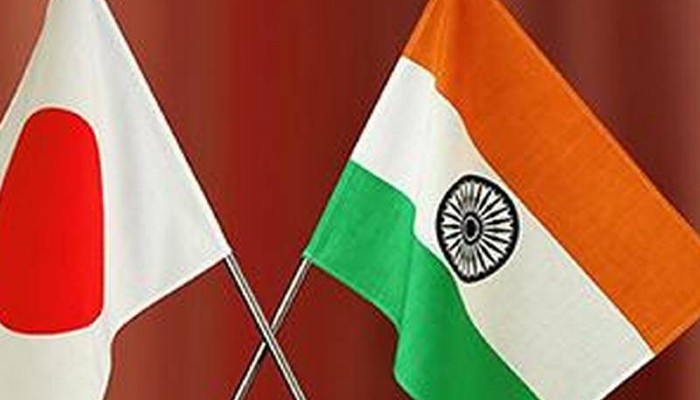 Since November 2019, this will be the second such meeting between the two countries

India and Japan are planning to hold a '2+2' format meeting of foreign and defence ministers in Tokyo later this month, Japanese media reported.

This will be the second such meeting between the two countries as the inaugural meeting of the India-Japan Foreign and Defence Ministerial Dialogue (2+2) was held on November 30, 2019, in New Delhi.

As per NHK, the countries are expected to discuss ways to cooperate more closely on defense. Japan and India signed an agreement last year to allow the Self-Defense Forces and the Indian military to provide each other with food and fuel.

This comes amid China ramping up its activities in the disputed East and South China Seas.

India and Japan signed an agreement last year to allow the Self-Defence Forces and the Indian military to provide each other with food and fuel.

The report said that the Japanese government is increasingly looking to India as an ally that shares basic values and can help work toward a free and open Indo-Pacific as China continues to assert itself across the region.

Both India and Japan time and again have asserted that they are committed to efforts to ensure a free and open Indo-Pacific.

Last month, the leaders of the Quad alliance, India, the US, Japan and Australia had underscored the importance of a 'free and open' Indo-Pacific region during the group's first-ever leaders' summit.

Prime Minister Narendra Modi had said that Quad has now come of age and will serve as an important pillar in ensuring the stability of the Indo-Pacific region.