India-Russia relations not influenced by ties with other countries: MEA 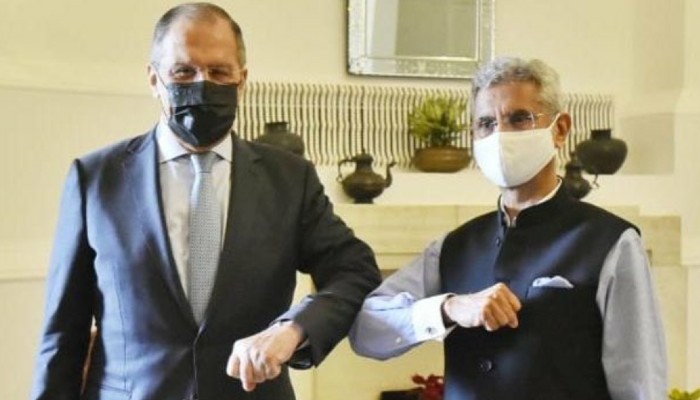 India’s relations with Russia are “time-tested” and strategic and are not influenced by ties with other countries, Ministry of External Affairs Spokesperson Arindam Bagchi said on Thursday.

Russian Foreign Minister Sergey Lavrov was on a visit to New Delhi from April 5 to April 6. He held talks with his Indian counterpart S Jaishankar and both leaders reviewed bilateral ties. Later, he also paid a visit to Pakistan.

Responding to questions on Lavrov’s visit to Pakistan after a trip to India, and Moscow’s offer to supply military equipment to Islamabad, Bagchi said, “Lavrov’s visit to India provided a good opportunity to renew and review our special and privileged partnership and a broad range of issues were discussed.”

While declining to comment on Lavrov’s visit to Pakistan, Bagchi said: “India’s close, time-tested and strategic relations with Russia stand on their own merit and are not influenced by relations with other countries.”

“As regards the supply of defence equipment by Russia to Pakistan, you are aware of India’s well-known position on this and I need not repeat it,” he added.

In response to another question, Bagchi dismissed speculation about Prime Minister Narendra Modi travelling to Pakistan for a possible summit of the South Asian Association for Regional Cooperation (SAARC). Several reports in the Pakistani media had speculated that Modi could visit Pakistan for the summit later this year.

“Regarding speculations about the SAARC Summit, I have nothing to share with you at the moment,” Bagchi said.

Asked if there were channels of communication between India and Pakistan, he said, “Let me just recall that our respective High Commissions exist and are functioning, so that’s a very effective channel of communication.”