India and Netherlands agree for strategic partnership on water 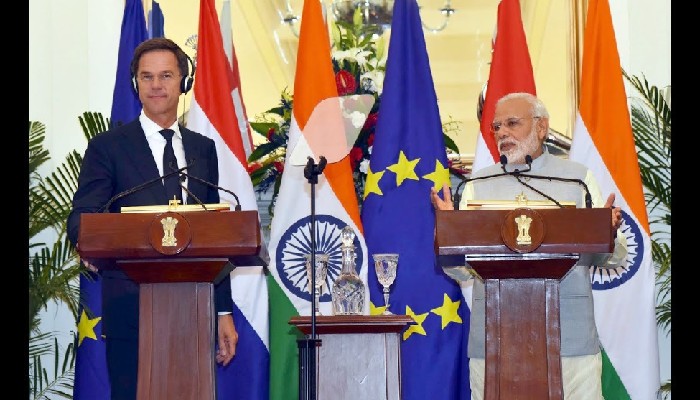 India and the Netherlands on Friday agreed to launch ‘Strategic Partnership on Water’ and elevate the ongoing official level engagement on water to the ministerial level.

This decision was taken during a summit between Prime Minister Narendra Modi and his Dutch counterpart Mark Rutte. Both sides highlighted the strong synergies as far as the water related challenges of India and the expertise and experience of the Netherlands is concerned.

Both sides highlighted the strong synergies as far as the water related challenges of India and the expertise and experience of the Netherlands is concerned and agreed to launch ‘Strategic Partnership on Water’. The two leaders noted the progress made by the Joint Working Group on water and agreed to elevate it to the Ministerial level.

The Prime Ministers reviewed the on-going projects in the water sector including the ‘Dutch India Water Alliance for Leadership Initiative (DIWALI)’ platform for designing solutions to water challenges supported by the Department of Science and Technology (DST) and the Netherlands Organisation for Scientific Research (NWO), the ‘Local Treatment of Urban Sewage Streams for Healthy Reuse (LOTUS-HR)’ joint collaboration funded by the Department of Biotechnology (DBT) and NWO, and the Indo-Dutch R&D projects under Namami-Gange Programme.

Both leaders also noted about the upcoming joint Indo-Dutch interventions as R&D projects on ‘Water as Leverage’ in selected towns in Ganga Basin and another pilot project on ‘Pollution and effective waste management of textile industrial clusters in Panipat, Haryana’ under collaborative approval.

They also noted the joint DST-NWO support to the consortium ‘Water4Change’ for designing integrated urban water systems formed during the 2019 Technology Summit in which the Netherlands was a partner country.