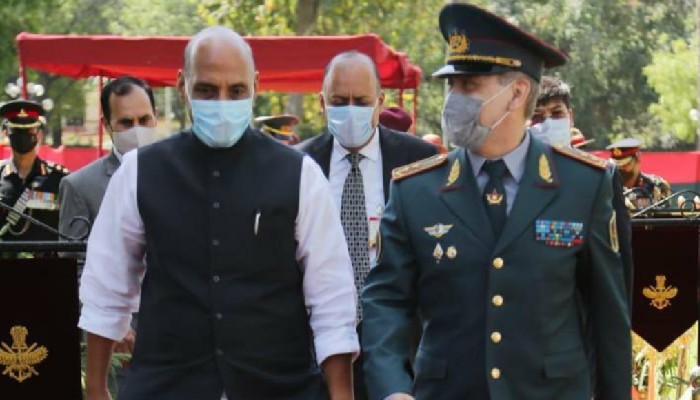 They agreed to look at the possibility of defence industrial collaboration of mutual interest.

Pointing to the growing strategic partnership between India and the Central Asian Republic of Kazakhstan, the two countries on Friday exchanged views on further strengthening bilateral defence cooperation and agreed to explore the possibility of defence industrial collaboration.

During the meeting, the two Ministers exchanged views to further strengthen bilateral defence cooperation, including through training, defence exercises and capacity building, said a statement by the Ministry of Defence.

They agreed that both sides must look at the possibility of defence industrial collaboration of mutual interest, it added.

The Defence Minister of Kazakhstan thanked Singh for the opportunity given to the Kazakh troops for deployment as part of the Indian battalion in United Nations Interim Force in Lebanon (UNIFIL).

Lieutenant General Nurlan Yermekbayev, who is on an official visit to India from 7-10 April, visited HQs 12 Corps at Jodhpur and the Longewala sector in Jaisalmer.

This was the first meeting after Lieutenant General Nurlan Yermekbayev was re-appointed as Defence Minister of Kazakhstan.

The two Ministers had last met in Moscow on September 5, 2020 on the sidelines of the Shanghai Cooperation Organisation (SCO) Defence Ministers’ meeting.

In February this year, the Kazakh Air Defence Forces Chief had visited India for bilateral consultations as well as for the Aero India 2021 exhibition held from February 3-5.