‘Taiwan not involved in supply of Made-in-India vaccines to Paraguay’: MEA 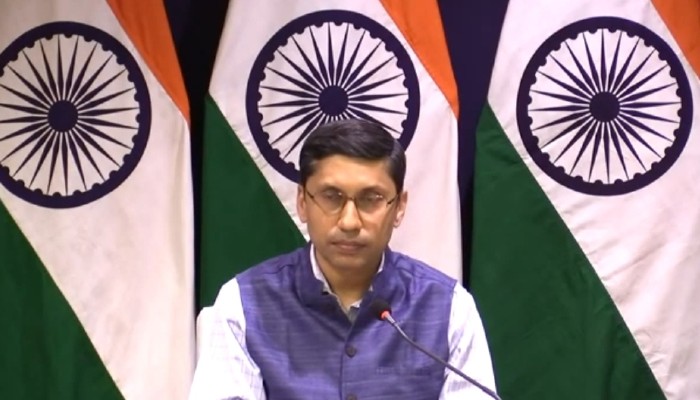 The Foreign Minister of Paraguay had requested vaccine doses during a telephone conversation with the External Affairs Minister, said the MEA

India had supplied Made-in-India Covid-19 vaccines to Paraguay at the latter’s request and no third party was involved, the Ministry of External Affairs (MEA) said on Thursday, refuting reports that this had been done at Taiwan’s request.

India had shipped 100,000 doses of Bharat Biotech's Covaxin to Paraguay as a gift on March 26.

"I would like to inform that no third party was involved in this," MEA Official Spokesperson Arindam Bagchi said in response to queries about reports that the vaccine had been supplied at Taiwan’s insistence.

A report by wire service Reuters had quoted Taiwan’s Foreign Minister Joseph Wu as saying that China had dangled the supply of vaccines as a lure for Paraguay to break diplomatic ties with Taiwan. Taiwan had then spoken to like-minded countries and India had been able to provide vaccines to Paraguay, the report had quoted Wu as saying.

The MEA Spokesperson, however, maintained that India had supplied vaccines on a request from Paraguay.

“As you may be aware, India is opening an embassy in Paraguay. During a telephonic conversation between the External Affairs Minister and the Foreign Minister of Paraguay, a request for vaccines was raised by the Paraguayan side and the EAM responded positively. Subsequently a shipment of Made-in-India vaccines was sent to Paraguay,” Bagchi said during the weekly media briefing on Thursday.

Asked when India would begin supplying vaccines to neighboring countries, including Bangladesh, which were reportedly running out of stocks, the MEA Spokesperson reiterated that there was no ban on the export of Made-in-India vaccines.

"Supply of Made-in-India vaccines abroad would continue taking into account our domestic requirements. Let me reiterate, there is no ban on export of vaccines. The MEA website is being updated regularly to reflect the supply of vaccines that are happening on a periodic basis,” he said.