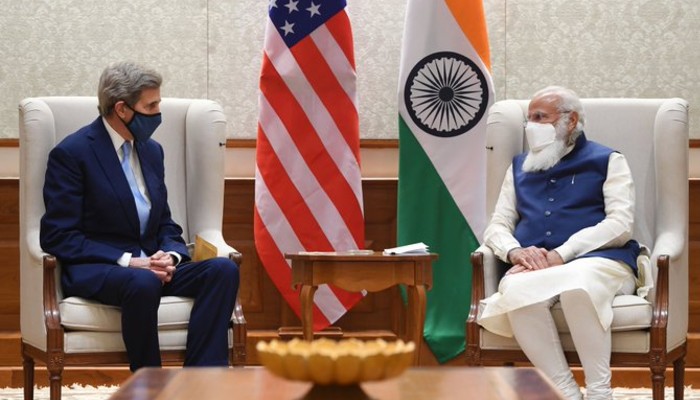 Taking about the development, Ministry of External Affairs Spokesperson Arindam Bagchi tweeted: "US Special Presidential Envoy for Climate John Kerry called on PM Narendra Modi. Discussions centered on forthcoming Climate Leaders’ Summit as well as climate issues in the context of the @ COP26 to the @UNFCCC which is to be held later this year.”

Following the meetings, Kerry, in a tweet, described India as a “vital partner in our fight against the climate crisis. We must raise ambition together, or we will fail together.”

Climate change has been a major area of focus for US President Joe Biden. After taking charge as the president, Biden, on January 20, announced the return of the United States to the Paris climate accord.

Biden has invited 40 world leaders, including Modi, to the virtual summit on the climate crisis later this month.

Chinese President Xi Jinping and his Russian counterpart Vladimir Putin are among the key leaders invited to the two-day conference beginning April 22.