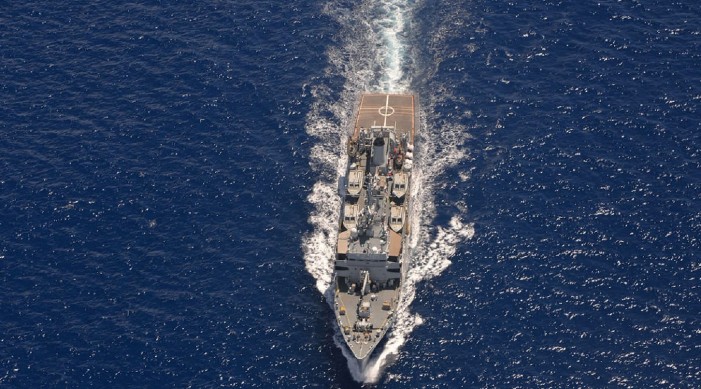 “During the deployment, training of Mauritian personnel on advanced hydrographic equipment and practices will also be undertaken. The ship visited Port Louis, Mauritius and commenced the hydrographic survey of the deep sea area off Port Louis,” the Ministry of Defence said in a statement issued on Wednesday.

INS Sarvekshak, a specialised survey ship is fitted with state-of-the-art survey equipment like Deep Sea Multi-Beam Echo Sounder, Side Scan Sonars and a fully automated digital surveying and processing system. In addition, the ship carries an integral Chetak helicopter, which would be extensively deployed during the survey.

Defence partnership between India and Mauritius is strengthening. During External Affairs Minister S Jaishankar’s visit to Port Louis this year in the third week of February, India and Mauritius had signed a $100 million Defence Line of Credit agreement.

This LoC was extended to Mauritius to enable the procurement of defence assets from India. Mauritius will be provided with a Dornier aircraft and an Advanced Light Helicopter Dhruv on lease by India to help the former build its maritime security capabilities.

Mauritius is one of India’s key maritime neighbours in the Indian Ocean Region and occupies a special place in Prime Minister Narendra Modi’s vision of ‘SAGAR’(Security and Growth for All in the Region).