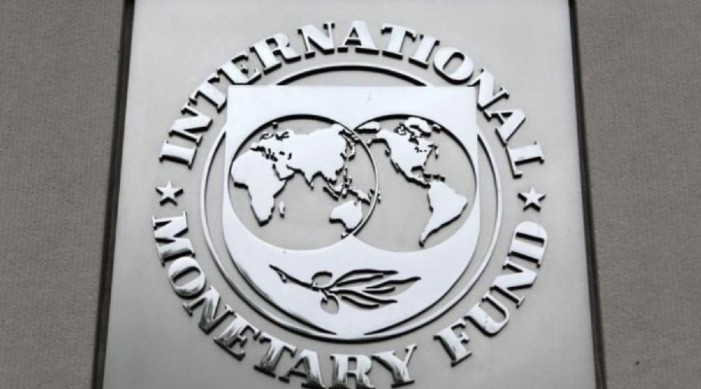 The government of India has shown an unprecedented policy response, which has led to the recovery of the economy, IMF said

The International Monetary Fund (IMF) on Tuesday raised its growth forecast for the Indian economy by 100 basis points to 12.5 percent for fiscal year 2021-22. In January, it was estimated to be 11.5 percent by the IMF.

In its latest edition of World Economic Outlook, IMF said that the GDP growth for FY23 is pegged at 6.9 percent.

India is the only country expected to register a double-digit growth this fiscal.

"For the emerging and developing Asia regional group, projections for 2021 have been revised up by 0.6 percentage point, reflecting a stronger recovery than initially expected after lockdowns were eased in some large countries (for example, India)," IMF said.

The IMF said that the government of India has shown an unprecedented policy response, which has led to the recovery of the economy.

"Thanks to unprecedented policy response, the COVID-19 recession is likely to leave smaller scars than the 2008 global financial crisis. However, emerging market economies and low-income developing countries have been hit harder and are expected to suffer more significant medium-term losses," the report said.

Writing in her blog, IMF chief economist Gita Gopinath said the upgrades in global growth for 2021 and 2022 are mainly due to upgrades for advanced economies, particularly a sizable upgrade for the United States (1.3 percentage points) that is expected to grow at 6.4 per cent this year.

"Other advanced economies, including the euro area, will also rebound this year but at a slower pace. Among emerging markets and developing economies, China is projected to grow this year at 8.4 per cent. While China's economy had already returned to pre-pandemic GDP in 2020, many other countries are not expected to do so until 2023," Gopinath said.

Policymakers will need to continue supporting their economies while dealing with more limited policy space and higher debt levels than prior to the pandemic.

"Right now, the emphasis should be on escaping the health crisis by prioritising healthcare spending-on vaccinations, treatments, and healthcare infrastructure. Fiscal support should be well targeted to affected households and firms. Monetary policy should remain accommodative (where inflation is well behaved), while proactively addressing financial stability risks using macroprudential tools," she added.