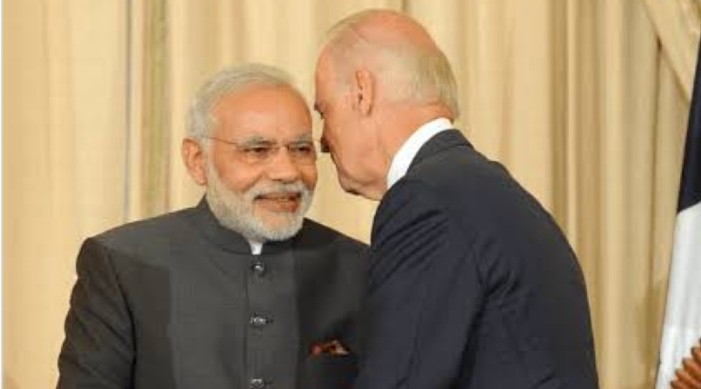 Prime Minister Narendra Modi has accepted US President Joe Biden's invitation to attend the Leaders' Summit on Climate and the Major Economies Forum on Energy and Climate that he is hosting on April 22 and 23.

The two-day event, that will be live casted for public, will focus on need and benefits of steps to stop climate change.

Commencing on April 22, that also happens to be Earth Day, the summit will discuss factors influencing climate change with Biden outlining the US' goal for reductions of carbon emissions by 2030.

Meanwhile, Bagchi also talked about US Special Presidential Envoy for Climate John Kerry’s visit to India, sharing that he will be meeting leaders to discuss the upcoming events on climate crisis.

Besides the April climate summit, the world leaders are also scheduled to gather for the 26th Conference of the Parties (COP26) to the United Nations Framework Convention on Climate Change, later this year, in Glasgow.

Kerry’s visit will set the agenda for the Glasgow climate conference as well.

“John Kerry will be visiting Delhi from 5th to 8th April. Purpose of his visit would be to discuss this forthcoming climate summit as well as climate issues in general in context with the 26th conference of the parties of the UN Framework Convention on climate change which will be held later this year,” Bagchi said.

The spokesperson added, “We expect during his visit, Kerry would be interacting with several ministers including external affairs minister, minister of finance, petroleum and natural gas, environment, forest and climate change, power and new renewable energy.”

Kerry, who will also visit UAE and Dhaka during his tour, is leading initiatives and efforts to make countries commit to reduce greenhouse gas emissions to zero by 2050.

The leaders at the UN Climate Summit will meet to build on a 2015 Paris accord to stop the increase in global temperatures to avoid the worst impact of the climate change.