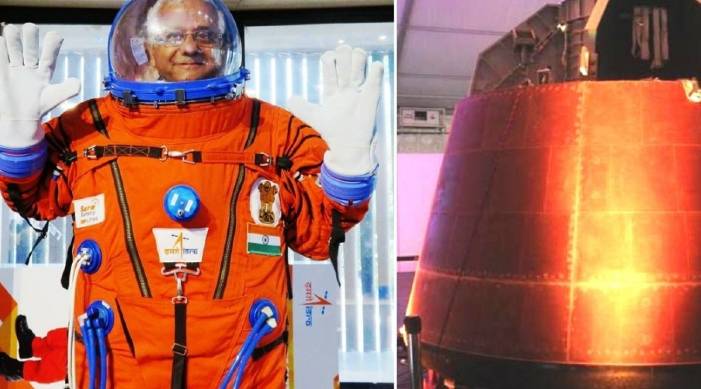 Four Indian astronauts selected for the Gaganyaan manned space mission have returned after receiving training in Russia. The astronauts, who returned in March, will now undergo further training in India.

The Indian leg of the training includes fitness programmes and practicing on simulators.

Indian Space Research Organisation (ISRO) chief K Sivan was quoted by a news report as saying that the physical fitness training for the astronauts includes swimming and jogging.

"They will also be trained on simulators. The Gaganyaan module navigation terminals will be simulated. The astronauts will be trained on various parameters that will be displayed on the terminals," he said, according to a report by wire service IANS.

These astronauts have been selected from a pool of India Air Force (IAF) pilots.

In Russia, the four Indian astronauts were trained on different aspects of a generic space flight as part of preparations for the manned mission that will follow after successful unmanned Gaganyaan missions.

The astronauts were trained in abnormal descent module landing - in wooded and marshy areas in winter; on water surface, and in the steppe in summer.

They underwent training at Russia's Yuri Gagarin Cosmonaut Training Center from February 2020. As part of the training, they successfully completed the study of the systems of a manned Soyuz MS spacecraft.

In India, they will be trained for specific aspects of the mission.

An expert team had been constituted earlier this year to finalize the Indian leg of training of the crew selected for the Gaganyaan mission.

The preliminary design of the Gaganyaan system has been completed and a review of various human centric systems such as Space food and Potable water, Crew health monitoring system, Emergency survival kit, and Crew medical kit has already been carried out.

Announced by Prime Minister Narendra Modi during his Independence Day address in 2018, the Gaganyaan mission will carry three Indian astronauts to Low Earth Orbit (LEO). The crew members are expected to be in space for five to seven days before returning to earth.

With this space flight, India will join an elite group of countries comprising the erstwhile USSR and the US in sending humans into space.