India condemns use of violence, stands for restoration of democracy in Myanmar 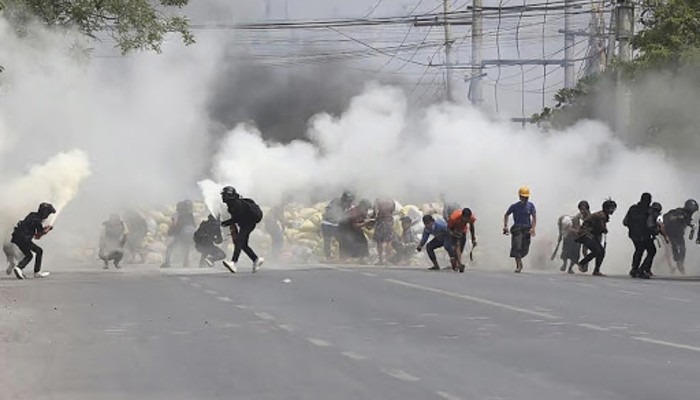 Maintaining that India stands for the restoration of democracy in Myanmar, the Ministry of External Affairs on Friday condemned use of violence in the Southeast Asian country as military continued crackdown on civilians protesting against the February 1 coup.

During a weekly media briefing, MEA Spokesperson Arindam Bagchi said, “We have urged the release of political prisoners and supported any attempts at resolving the current situation, including through the efforts of ASEAN.”

“Let me be very clear. We condemn any use of violence. We believe that the rule of law should prevail. We stand for the restoration of democracy in Myanmar,” Bagchi said.

“We remain engaged on this issue with our international interlocutors and at the UN Security Council in an effort to play a balanced and constructive role,” he added.

In response to a question on whether India will allow people from Myanmar to cross over to the Indian side along the Indo-Myanmar border, the MEA Spokesperson said it is being dealt with as per law as well as on humanitarian considerations.

“As far as border crossings are concerned, we are dealing with it as per our laws and humanitarian considerations,” Bagchi maintained.

To a question that an official from the Indian embassy in Myanmar had attended the Armed Forces Day function in the country, the MEA Spokesperson said, “We have actually a functioning embassy in Myanmar. Our ambassador, defence attaché and other diplomatic officers continue to discharge their diplomatic responsibilities. Nothing more should be read into this event attended by our defence attaché.”