Need for paradigm shift in raising level of cooperation in BIMSTEC: EAM Jaishankar 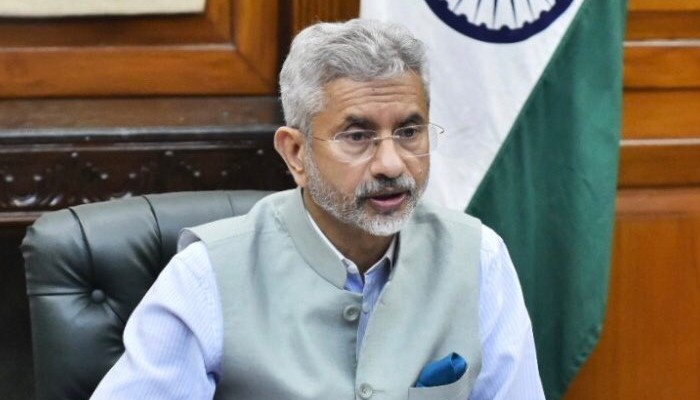 Stating that BIMSTEC has evolved through a long journey and will be completing the silver jubilee next year, India’s External Affairs Minister, S. Jaishankar on Thursday stated that it is high time to ponder about a paradigm-shift in raising the level of cooperation and regional integration.

“BIMSTEC has evolved through a long journey. Next year will be the silver jubilee of the establishment of the BIMSTEC. It is high time that we dwell upon how to make a paradigm-shift in raising the level of our cooperation and regional integration,” Jaishankar said at the 17th BIMSTEC Ministerial Meeting on Thursday.

“India remains committed to further building the momentum of regional cooperation under the BIMSTEC framework and make the organization stronger, vibrant, more effective and result-oriented,” he stated.

“I am confident that BIMSTEC would scale new heights in the times to come with our collective efforts and spirit of cooperation,” the EAM hoped.

BIMSTEC over the years has emerged as a promising sub-regional grouping with growing strategic and economic interests of the Member States, as well as of the international community in the Bay of Bengal region, he reckoned.

The EAM noted that it is a matter of satisfaction that BIMSTEC has achieved significant progress in many of the priority areas of cooperation. I am happy to note that Member States have agreed on rationalization of Sectors and Subsectors of cooperation.

Delighted to note that the text of the BIMSTEC Charter has been finalized, Jaishankar hoped that all member states will timely complete their internal procedures for its adoption at the fifth BIMSTEC summit.

Calling robust connectivity an essential pre-requisite for economic integration of the region with smooth cross-border movement of people and goods he expressed satisfaction that the BIMSTEC Member States have finalized the BIMSTEC Master Plan for Transport Connectivity which is expected to be adopted at the fifth BIMSTEC Summit.

It would be an important step towards fulfilling the aspirations of the people of our region for better connectivity and integration, he stated, while calling for a need to put in place legal framework for smooth connectivity in the region by finalizing the BIMSTEC Coastal Shipping Agreement and the Motor Vehicles Agreement at an early date.

Arguing that development and prosperity go hand in hand with peace and security, Jaishankar recalled that the BIMSTEC members face both traditional and non-traditional security challenges.

“Cooperation in the security sector therefore has a special significance for us,” he mentioned.

“Our NSAs have met thrice since 2017, he pointed out. They have been working closely and have moved forward in several aspects of security cooperation including counter terrorism, intelligence sharing, coastal security, cyber security, etc in a tangible manner,” he added.

He noted that the BIMSTEC Convention on Cooperation in Combating International Terrorism, Transnational Organized Crime and illicit Drug Trafficking has come into force last month and BIMSTEC Convention on Mutual Legal Assistance in Criminal Matters has been finalized for signing at the fifth BIMSTEC Summit

These Conventions will provide a robust legal basis to further strengthen our cooperation in this sector, the EAM added.

He also informed that the BIMSTEC Centre for Weather and Climate, being hosted in India, is fully functional with state of the art facilities to provide Disaster Early Warnings.

Calling for laying strong emphasis on promoting the BIMSTEC Brand of Tourism and develop modalities for utilization of BIMSTEC Tourism Fund as soon as the situation normalizes, the minister said India is planning to invite BIMSTEC countries as Guest of Honour Partners at the 'International Buddhist Conclave' later this year.