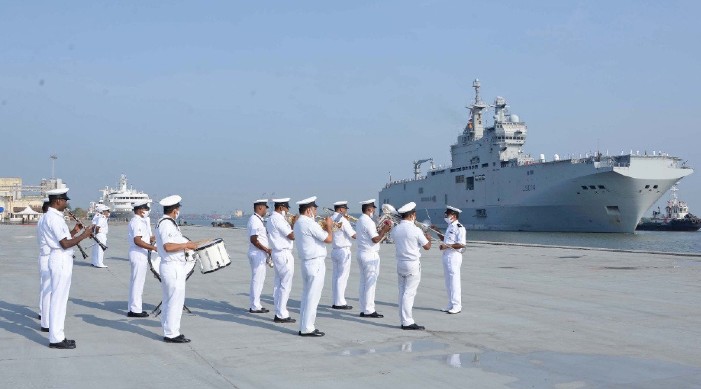 The French delegation and the Commanding Officers of the French Naval ships called on Flag Officer Commanding-in-Chief, Southern Naval Command, V Adm AK Chawla on Tuesday. The ships will be departing Kochi April 1.


Interactions between India and France have evolved into a strong partnership especially in the domain of maritime security. The regular conduct of bilateral exercises, goodwill visits by ships and high level delegation visits involving both the navies are indicative of growth in mutual cooperation and jointmanship.