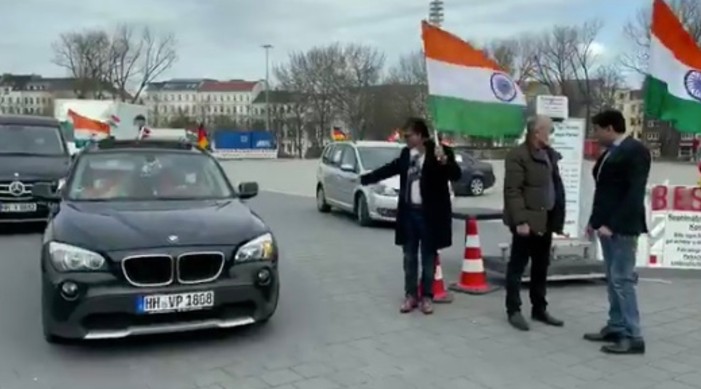 Car rally in Hamburg being flagged of by Consul General of India John H. Ruolngul on March 28

To mark 75 years of India’s Independence and 70 years of diplomatic relationship between India and Germany, Consul General of India in Hamburg, John H. Ruolngul flagged off a car rally beginning from Glacischaussee to Sylvesterallee on March 28.

According to an official press release, a total of 100 cars participated in the car rally, which was organized by ‘Bharatiyam’, an umbrella of Indian diaspora organization based in North Germany, in association with the Consulate General of India, Hamburg.

The Indian embassy in Hamburg shared images and videos from the event.


To mark 75 years of India’s Independence, CG John Ruolngul flagged off a car rally in Hamburg on 28 March. Around 100 cars participated in the rally which covered major landmarks in the city. #AzadiKaAmritMahotsav #PMOIndia @MEAIndia @Indiandiplomacy @EOIBerlin @DDNewslive pic.twitter.com/J1tZoN3yWC

‘Azadi ka Amrut mahotsav’ is a series of events which is organized by the Government of India to mark 75 years of India's Independence.

Prime Minister Narendra Modi announced that the 75th-anniversary celebrations will continue till August 15, 2023. The Mahotsav was launched to commemorate 91 years of Dandi March.

During the event, the consulate is expected to interact with several diaspora associations which are under its jurisdiction, the state and local governments. Consul General John H. Ruolngul thanked the Indian Diaspora based in North Germany. This was for its ‘enthusiastic and phenomenal’ response to the celebrations.

India and Germany have a “Strategic Partnership” since 2001, which has been further strengthened with the Inter-Governmental Consultations (IGC) at the level of Head of Governments which allows for a comprehensive review of Cooperation and identification of new areas of engagement.