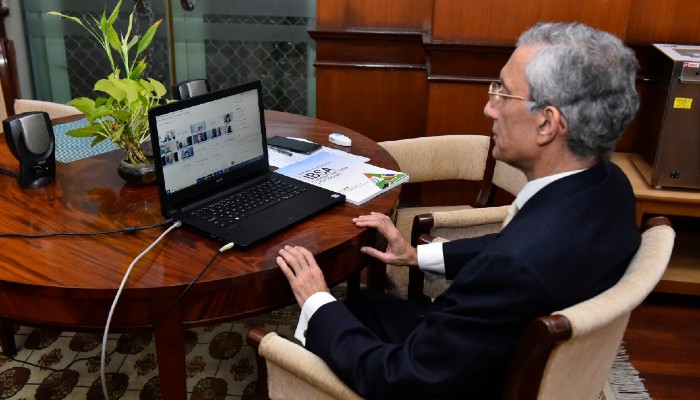 Imparting a fresh thrust to their bilateral engagement, India and Cote d’Ivoire on Monday held the First Foreign Office Consultations (FOC) in Abidjan and reviewed the entire spectrum of bilateral relations in key sectors such as trade and investment, automobiles, agriculture, energy, industry, security, healthcare and pharmaceutical as well as development cooperation.

According to the Ministry of External Affairs, both sides reaffirmed their commitment to further strengthen based on the shared visions, principles and value of democracy.

The two sides noted with appreciation the cooperation on COVID-19 related issues. Both sides also agreed to further enhance their cooperation in their fight against this dangerous pandemic.

They noted that the trade volume between the two countries has been growing, but remained far below their potential. In this context, both sides agreed to take all possible steps to promote bilateral trade and investment.

Both sides agreed to encourage two-way investments and agreed to expedite the finalization of the MoU on Bilateral Investment Agreement.

In this regard, both sides noted that Cote d’Ivoire-India development partnership could be further strengthened through the Government of India’s lines of credit and buyer's credit arrangements to enhance capacity of Ivorian entities in these priority areas.

During his visit to Abidjan, Secretary Chhabra called on Foreign Minister Ally Coulibaly, the latter expressed gratitude for the constant assistance and solidarity shown by India towards Cote d’Ivoire and specifically mentioned the Government of India’s gifting of 50,000 doses of Made in India Covid-19 vaccines.

The meetings were held in a warm and cordial atmosphere, a reflection of the historic bonds of friendship between the two countries. Both sides agreed to hold the next consultations at New Delhi at a mutually convenient date.