Next 25 years very important for both countries: PM Modi on Bangladesh’s national day 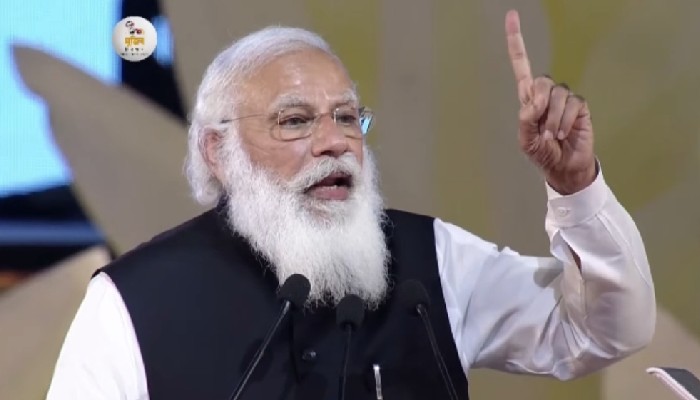 The countries had shown excellent cooperation even during Covid-19, PM Narendra Modi said

“The journey of the next 25 years in the 21st century is very important. Not only is our heritage shared but also our development. Today, the governments of both India and Bangladesh are realizing this sensitivity and making meaningful efforts in this direction,” PM Modi said while speaking as the guest of honour at the 50th National Day celebrations held in Dhaka.

“We have shown that mutual trust and cooperation can lead to every solution. Our land boundary agreement is also witness to this," added the Prime Minister. During the Covid-19 pandemic also, the two countries have shown excellent cooperation, he stated.

“We have also established a SAARC Covid Fund and helped in human resource training as a well. We are happy that Made in India vaccines are of great use to citizens of Bangladesh,” he added.

Recalling that on 26 January this year, on the occasion of Republic day, a tri-services contingent of the Bangladeshi defence forces had participated, the Prime Minister said the two countries in future await countless number of such moments to be recreated.

Underlining the importance of youth in taking forward the relations between the two countries, he said that the contact between them needs to be strengthened.

The Indian Prime Minister invited 50 entrepreneurs of Bangaldesh to India to get connected with India’s innovation system and meet with venture capitalists. In turn we would also learn from them too. He also announced Golden Jubilee Scholarships for the youths of Bangladesh.

He paid obeisance to millions of Bangladeshis who faced torture and insults for their country, language and culture and put their life in peril while he also recalled the Mukti Joddhas.

Prime Minister Modi marked his respect for all the brave solders who stood beside the brethren of Bangladesh and shed their blood and sacrificed their life for the dream of Free Bangladesh.

Drawing attention of the youth, he said participating in Bangladesh’s liberation struggle was his first movement.

"At that time, I was 20-22 years old and many of my comrades had performed Satyagraha for it. Agitating for freedom of Bangladesh, I was also arrested," he added. He noted that the yearning for freedom existed on both sides of the border.

“A reckless government was annihilating its citizens. It was strangling the language, their voices and their identity. The cruelty, repression and atrocities unleashed by ‘Operation Searchlight’ is not discussed in the world as it should have been,” he remarked.

“Bangabandhu was then a ray of hope for Bangladeshis in these barbaric times. His courage, leadership had decided the fate of Bangladesh that it will not be a free country. Under his leadership many common people had become members of Muktibahini,” PM Modi further explained.

Prime Minister Narendra Modi is on a two-day visit to Bangladesh at the invitation of Prime Minister Sheikh Hasina. This is PM Modi’s first foreign visit after the onset of the Covid-19 pandemic.