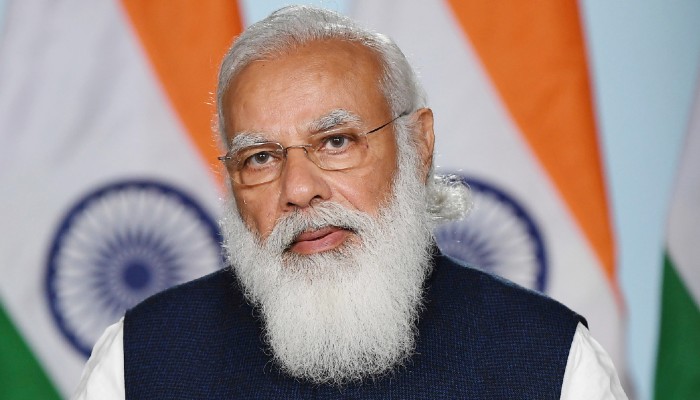 Ahead of his March 26-27 visit to Bangladesh, Prime Minister Narendra Modi on Thursday expressed his happiness that his first foreign trip after the onset of Covid-19 pandemic will be to a neighbouring country.

“I am happy that my first foreign visit after the onset of the COVID-19 pandemic will be to our friendly neighbouring country, with which India shares deep cultural, linguistic and people-to-people ties,” the Prime Minister said. He is visiting Bangladesh at the invitation of Prime Minister Sheikh Hasina.

During his visit, the Prime Minister said he will have substantive discussions with his Bangladesh counterpart Sheikh Hasina with whom he had held a “very productive virtual meeting in December last year.”

“I also look forward to my meeting with President Abdul Hamid, and to interactions with other Bangladeshi dignitaries,” he maintained.

“My visit will not only be an occasion to convey appreciation for Bangladesh’s remarkable economic and developmental strides under Prime Minister Sheikh Hasina’s visionary leadership, but also to commit India’s abiding support for these achievements,” he added.

He said he will also express India’s support and solidarity for Bangladesh's fight against COVID-19.

The Prime Minister said he looked forward to his participation at the National Day celebrations tomorrow, which will also commemorate the birth centenary of the Father of the Nation of Bangladesh, Bangabandhu Sheikh Mujibur Rahman.

“Bangabandhu was one of the tallest leaders of the last Century, whose life and ideals continue to inspire millions. I look forward to visiting Bangabandhu’s Samadhi in Tungipara to pay my respects to his memory,” Prime Minister Modi said.

“I also look forward to offering prayers to Goddess Kali at the ancient Jashoreshwari Kali Temple, one of the 51 Shaktipeeths in the Puranic tradition,” he added.

“I am particularly looking forward to my interaction with representatives of the Matua community at Orakandi, from where Sri Sri Harichandra Thakur ji disseminated his pious message,” the Prime Minister said.