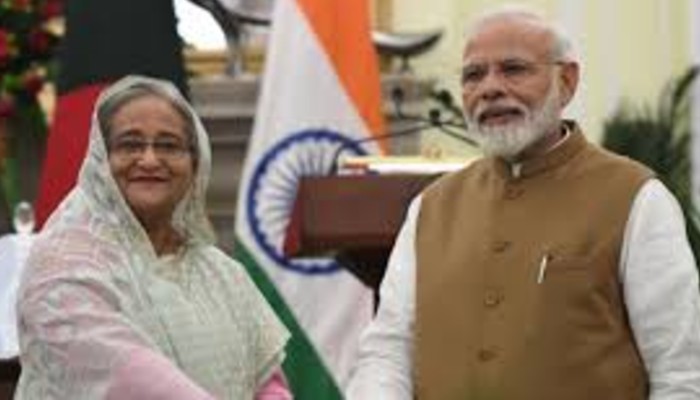 Indian Prime Minister Narendra Modi’s March 26-27 visit to Bangladesh will impart a fresh thrust to ties between New Delhi and Dhaka with the two sides likely to conclude a range of agreements and expediting talks on the Comprehensive Economic Partnership Agreements.


“As a growing cooperation both sides will be signing of a range of agreements during the Prime Minister’s visit. These agreements would cover a number of areas of our cooperation. Some of the areas are disaster management, trade, oceanography,” Indian Foreign Secretary, Harsh Vardhan Shringla said during a special briefing on Wednesday.

“Going beyond the agreements, the two sides will make new announcements to make covering cooperation in the areas of culture, preservation of the spirit of 1971, health, railways, education, border development, power cooperation and start-ups,” he added.

Maintaining that trade, investment and connectivity will be on top of the agenda of the prime ministerial visit, the Indian Foreign Secretary said that both sides will also hold talks over the issue of the Comprehensive Economic Partnership Agreement (CEPA).

Earlier, this month, in a meeting of the Commerce Secretaries of the two countries in Dhaka, it was decided to move forward expeditiously on a feasibility study for a Comprehensive Free Trade Agreement to further strengthen economic ties between the two countries.

Bangladesh officials told the media there that the Terms of Reference (ToR) set by two countries indicates that if the parties agree to sign the CEPA based on the study results, it will be one kind of comprehensive FTA agreement covering all aspects of bilateral trade, commerce, and investment.

The CEPA is more than an FTA deal, comprehensive like the one the European Union and Korea signed, Bangladesh officials have recounted.

According to Economist Intelligence Unit, the CEPA is expected to be wider than a traditional bilateral free trade agreement addressing trade barriers, e-commerce, services investment and facilitation of trade at border.

Bangladesh is India’s largest trading partner in South Asia. In the year 2020 India’s imports from Bangladesh were worth USD $1096.38 million while Indian exports to Bangladesh were US $ 5793.60.

The volume of trade is gradually growing between the two countries with a two focusing on connectivity initiatives. Earlier this month, India and Bangladesh inaugurated a 1.9 km bridge on Feni River connecting the Northeastern state of Tripura to Bangladesh.

According to a new World Bank study titled ‘Connecting to Thrive: Challenges and Opportunities of Transport Integration in Eastern South Asia’, transport connectivity between India and Bangladesh is set to increase national income by as much as 17 percent in Bangladesh and 8 percent in India.

During the visit of the Indian Prime Minister, the two countries are expected to announce third passenger train route from New Jalpaiguri in West Bengal to Dhaka in Bangladesh.

Known as Mitali Express the new route to be announced on March 26 will mark 50 years of Bangladesh’s independence like the Chilahati-Haldibari route that resumed in December.

The visit of the Indian Prime Minister to Bangladesh will be the first visit to a foreign country since the outbreak of the Covid pandemic. This highlights the priority India attaches to Bangladesh.