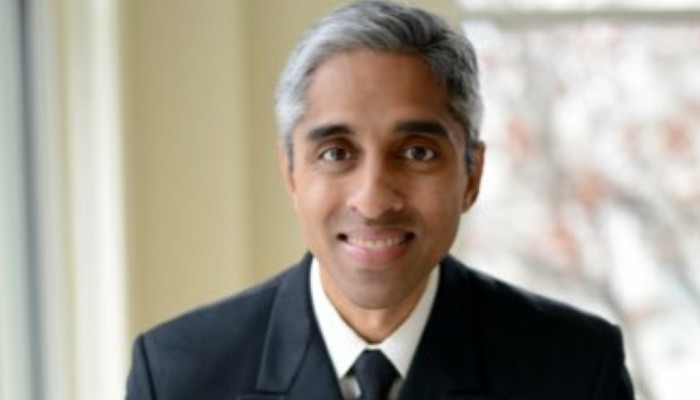 The United States Senate on Tuesday voted 57-43 to confirm Indian-American Dr. Vivek Murthy to be President Joe Biden’s Surgeon General. This is the second time that the physician will be the Surgeon General after serving in this top post during former President Barack Obama’s tenure.

“I am extraordinarily grateful for the opportunity to serve once again as your Surgeon General. I understand the role represents a sacred responsibility to look out for the health of each and every American,” said the 21st Surgeon General of the United States Dr. Vivek Murthy in a video message.

Addressing all Americans in his message, he stated, “I am honoured to lead our brave Public Health Service Commissioned Corps officers, who have dedicated themselves to protecting the nation against public health threats.”

Tracing his childhood, having been born to a family of immigrants from India, he said, “Years ago, I was inspired to become a doctor by my parents who immigrated to the United States with few resources. But with a deep belief in the promise of America.”

“They set up a small medical practice in Miami where as a child I watched them make house calls in the middle of the night. And attend birthdays, weddings and funerals for their patients because they saw them as family,” Murthy continued.

“When I became a doctor, I tried to live by the lessons they embodied. To listen first. To teach each patient with dignity and to care for others both knowledge and compassion, recognizing that both have a power to heal. These are lessons I will bring to my role as the nations’ doctor,” he noted.

“We have been through extraordinary hardships as a nation, with a pandemic that has caused tremendous suffering for countless Americans and taken the lives of so many including members of my own family. I know we have sustained wounds that will take time to heal,” he observed.

“But, I have seen many reasons to be hopeful. The power of our science, the commitment of our healthworkers and most importantly the deep well of strength and generosity in our communities,” he believed.

“All across America people have stepped up to help. Dropping off meals to neighbours, donating supplies to hospitals and supporting co-workers and family members who are having a hard time. We will need this spirit of kindness and community in the days ahead,” he added.

“It is what will ensure that we will once again rise to build a stronger future for our country together. As your Surgeon General, I look forward to joining you in this work to help our nation heal,” he submitted.

Dr. Vivek Murthy had a smoother vote this time around, for the first time he was confirmed in 2014, the Republicans had cast Murthy as a politically connected supporter of Barack Obama. The fight had dragged on for months leaving the country without a top doctor for more than a year.

Former President Donald Trump had asked Murthy to resign which the physician refused to do and was subsequently fired from the job.