Immediate, comprehensive ceasefire in Afghanistan need of the hour: India at UNSC 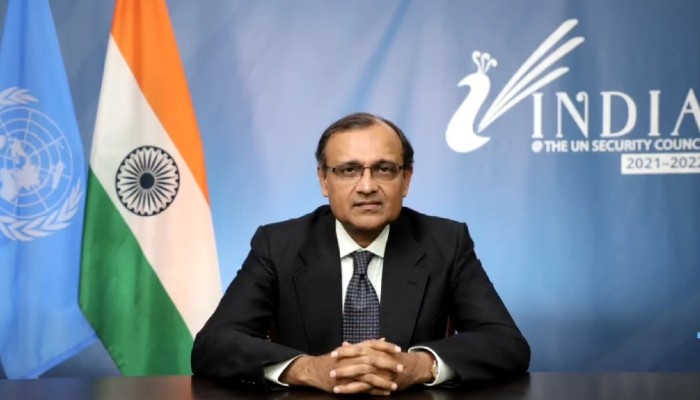 Peace efforts in the country should be Afghan-led, Afghan-owned and Afghan-controlled, India has reiterated

An immediate and comprehensive ceasefire In Afghanistan is the need of the hour, India has said at the United States Security Council (UNSC).

This is not only in the interest of the people of Afghanistan, who have been the victims of unrelenting violence, but a basic prerequisite for the success of the peace process, India's Permanent to the United Nations TS Tirumurti said on Tuesday.

It goes without saying that talks and violence cannot go hand in hand, he pointed out.

"India supports all efforts towards achieving sustainable peace, security and stability in Afghanistan. Such a process must be transparent, inclusive, Afghan-led, Afghan-owned and Afghan-controlled, fully respecting the unity, sovereignty and territorial integrity of Afghanistan," Tirumurti said in a statement at the UNSC Debate on UN Assistance Mission in Afghanistan.

Noting that Afghanistan was going through a critical phase, Tirumurti said that the violence, unabated terror attacks and targeted assassinations had reached unprecedented levels.

"The report of the Secretary General makes it clear that regrettably the commencement of the Intra-Afghan talks has not resulted in a decrease in violence; on the contrary, it has only increased," he said.

* The gains of the last two decades must be preserved in any constitutional framework that Afghanistan designs for itself.

* Those providing material and financial support to terrorist entities must be held accountable, without any double standards.

India pointed out that for Afghanistan’s economic development, it was important to have unhindered access to the high seas.

"The international community should work towards the removal of artificial transit barriers imposed on Afghanistan and ensure full transit rights guaranteed to Afghanistan under bilateral and multilateral transit agreements without any hindrance," the statement noted.

Pointing out that the two countries shared a natural and long-standing historical relationship, Tirumurti said India had committed over USD 3 billion towards development, reconstruction and capacity building in Afghanistan over the last 20 years.

"As of today, our developmental footprint is spread across all 34 provinces of Afghanistan," he said.

India will continue to provide all support to the Government and people of Afghanistan in realizing their aspirations for a peaceful, democratic and prosperous future, free of terror, so that as to protect and promote the rights and interests of all sections of Afghan society, Tirumurti said in his statement.