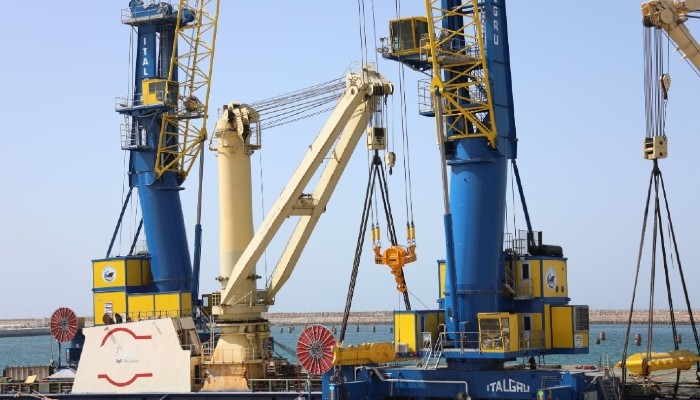 The equipment has reached the Shahid Behesti Terminal at Chabahar Port.

The port is being developed by India, Iran and Afghanistan to boost trade ties.

India has supplied the second shipment of equipment as part of its commitment to develop the strategically important Chabahar port in Iran.

A few months earlier, in January, India had supplied a consignment of two mobile harbour cranes to the Chabahar port, having a total contract value of over USD 25 million.

"Continuing with our commitment to develop Chabahar Port, a second shipment of equipment reaches Shahid Behesti Terminal," Ports Shipping and Waterways Minister Mansukh Mandaviya said in a tweet on Monday.


"India has supplied a consignment of two Mobile Harbour Cranes (MHC) to Iran's Chabahar port...under a contract agreement for supply of 6 MHC," the Ministry of Ports, Shipping and Waterways had said in a statement in January.

Located in the Sistan-Balochistan province on the energy-rich Iran's southern coast, the port is being developed by India, Iran and Afghanistan to boost trade ties.

Last month, Ports, Waterways and Shipping (MoPWS) Additional Secretary Sanjay Bandopadhyaya had said two more cranes are standing for loading near the port near Venice, which will reach by March-end to the Chabahar port.

He had said two more cranes will be supplied to the port by June-end.

Bandopadhyaya said after mobile harbour cranes are delivered, there are plans to procure rail-mounted cranes for which bidding is going on.

The bilateral contract between Iran and India was signed on May 23, 2016 with a total value of USD 85 million ‎for equipping, mechanizing and starting operations at the port under the first phase.

In this regard, a special purpose vehicle -- India Ports Global Ltd (IPGL), Mumbai -- was incorporated under the shipping ministry.

Development of the Chabahar port will help in expansion of economic and mutual relations between India and Iran as well as give a further boost to the maritime trade between both the countries.

The location of the Chabahar port has strategic advantage and high potential to provide connectivity among India, Iran, Afghanistan, Uzbekistan and other Commonwealth of Independent States (CIS) countries, specially Eastern CIS nations, and boost trade.