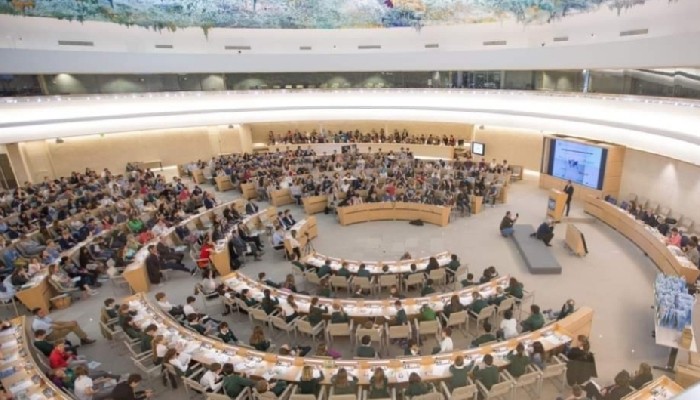 Supporting a call for Sri Lanka to fulfill its commitments on the devolution of political authority including through early holding of elections for Provincial Councils, India on Tuesday abstained for voting on a UN Human Right Council resolution on Sri Lanka.

The UN Human Rights Council resolution against Sri Lanka for war crimes against the Tamils was passed with 22 countries for and 11 against; 14 abstained from voting out of a total of 47 members.

India issued a statement before the vote on consideration of the resolution “Promoting reconciliation, accountability and human rights in Sri Lanka” at the 46th Session of the Human Rights Council.

“India supports the call by the international community for the Government of Sri Lanka to fulfill its commitments on the devolution of political authority, including through the early holding of elections for Provincial Councils and to ensure that all Provincial Councils are able to operate effectively, in accordance with the 13th amendment to the Sri Lankan Constitution,” it said.

It added, “India believes in the primary responsibility of States for the promotion and protection of human rights and constructive international dialogue and cooperation guided by the principles and purposes of the UN Charter in support of such efforts.”

India's approach to the question of human rights in Sri Lanka is guided by two fundamental considerations, the statement clarified. "One is our support to the Tamils of Sri Lanka for equality, justice, dignity and peace. The other is in ensuring the unity, stability and territorial integrity of Sri Lanka," it pointed out.

“We have always believed that these two goals are mutually supportive and Sri Lanka’s progress is best assured by simultaneously addressing both objectives,” it added.

At the same time, we believe that the work of OHCHR should be in conformity with mandate given by the relevant resolutions of the UN General Assembly, the statement further said.

Bangladesh, China, Russia, Pakistan and the Philippines were among those which voted no while Nepal, like India, abstained from the vote.

The UNHRC resolution against Sri Lanka is for war crimes against Tamils and is among a series of such resolutions UNHRC has been bringing for a decade.

India abstained from voting in 2014 and had voted in favour of a similar resolution in 2012.