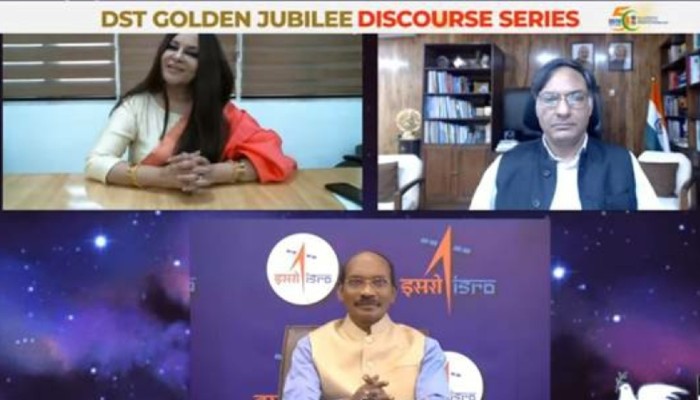 Liberalising geospatial data policy will benefit every sector and these benefits will reach every nook and corner of the country, Secretary Department of Space and Chairman Space Commission K Sivan has said.

“The new set of guidelines that have liberalised geospatial data is a bold move and path-breaking step and would open up vistas in diverse sectors,” he said at a recent lecture titled ‘Unlocking India’s Space Potential. Geospatial Data and Mapping’.

The lecture was organised by the National Council for Science & Technology Communication (NCSTC) and Vigyan Prasar as part of the the Golden Jubilee Discourse Series of the Department of Science and Technology (DST).

Announcing sweeping changes to the existing policy on February 15 this year, the central government had said Indian entities would no longer need prior approvals, security clearances, or licenses for acquisition and production of geospatial data and geospatial data services including maps.

According to a press release issued by the Ministry of Science and Technology, Sivan pointed out that space-based remote sensing policy along with liberalised geospatial policy was going to do wonders for the country bringing new avenues and would play a great role in making the country ‘Atmanirbhar’.

“Geospatial data is required for all the development works in all sectors, and it plays a critical role in governance and is well aligned with Atmanirbhar Bharat,” he said.

The Chairman Space Commission noted that India was the first country to use space programmes for domestic programmes.

"Our focus has been on producing indigenous, cost-effective technologies. But demand is increasing, and to unlock India’s space possibilities, participation of price sector has become necessary,” Sivan pointed out.

Secretary Department of Science and Technology Ashutosh Sharma said the deregulation would create a One lakh crore rupees economy in geospatial sectors.

There would be an indirect impact in various other sectors leading to creation of millions of job in various sectors in the future, he added.