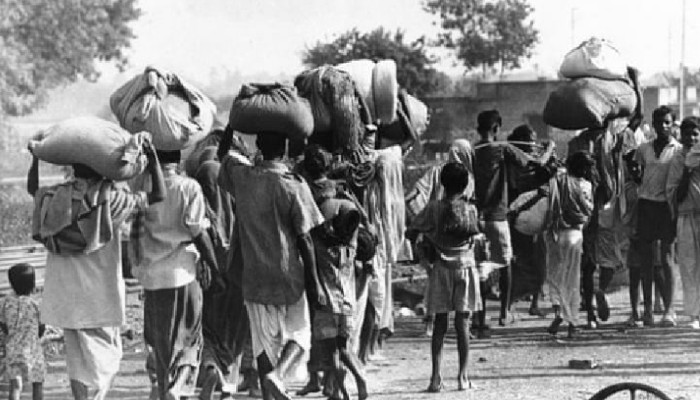 Pakistan’s military launched the brutal ‘Operation Searchlight’ on the night of March 25, 1971

As Bangladesh celebrates the Golden Jubilee of its independence on March 26, the country remembers the bloodbath and mass rape by the Pakistan Army and their local goons. Hundreds of thousands people were killed and women were raped in nine months of 1971.

‘Jalladkhana’, one of such slaughter houses of Dhaka’s Mirpur, still bears the marks of the violence that took place during the nation’s Liberation War. In 1999, an excavation unearthed skulls and bones of men, women and children. The Pakistan Army and their local militias chose a well in a pump-house to dispose of the bodies.

Bangladeshi genocide researchers had identified 577 such mass graves and more than 400 identified later. The actual number will be much higher, most of them claim.

‘An Ocean of Blood and Tears’

Of the 70 mass graves of greater Dhaka, 23 are in Mirpur alone. “Every mass grave is an ocean of blood and tears,” said Dr M.A. Hasan, Convener of the War Crimes Facts Finding Committee.

Hasan, who lost his brother in Mirpur, supervised the excavations of Muslim Bazaar and Jalladkhana. Narrating his experience, he says: “The killing was not limited to Dhaka but spread all over. Not even infants and the old were spared. In some cases, the victims were dumped in dozens in a 15 to 20 feet area, bodies were mutilated. Most marshy land drains and canals in Mirpur were full of bodies.”

“Kill three million of them and the rest will eat out of our hands,” Pakistan’s military President Gen. Yahya Khan is said to have ordered before the start of the brutal ‘Operation Searchlight’ on the night of March 25, 1971.

The full dress military assault was undertaken in order to deny the electoral victory of Bangabandhu Sheikh Mujibur Rahman-led Awami League and undo the mass uprising by the Bengalis to have a rightful democratic share in East Pakistan where the Bengalis were the majority.

Just before the military began their planned genocide in Dhaka on the night of March 25, 1971, they compelled all foreign journalists to leave the country. From the reports of three foreign journalists, Arnold Jetelin, Michael Laurent and Simon Dring, who were hiding at risk, some details came out about the ruthless brutality.

From the report of Simon Dring, published in the Daily Telegraph of London on March 31, 1971, it was revealed that more than 200 students and teachers of Dhaka University were killed. In old Dhaka, 700 people, mostly Hindus, fell prey to ruthless firing or were burnt to death. Sydney Morning Herald put the figure at 100,000.

During the past 50 years, Pakistan has continued to deny the allegations of genocide and mass rape by its army in Bangladesh. But its position doesn’t have many takers.

According to the confession of a Pakistani soldier who was one of the 93,000 prisoners of war but returned home safe after the country’s historic surrender in Dhaka: “We were told to kill the Hindus and Kafirs.”

One of the Worst Genocides in History

The Guinness Book of Records lists the Bangladesh Genocide as one of the top five genocides in the 20th century.

Anthony Mascarenhas, a courageous Pakistani journalist, who fled to London after witnessing the atrocities on ground, gave a graphic picture of the crimes committed by Pakistan’s military in London’s Sunday Times on June 13, 1971.

Political scientist Prof. Rounaq Jahan wrote in her book, ‘Genocide in Bangladesh’: “All through the Liberation War, able-bodied young men were suspected of being actual or potential freedom fighters. Thousands were arrested, tortured, and killed. Eventually cities and towns became bereft of young males who either took refuge in India or joined the liberation war.”

In the first week of December 1971, when the Mukti Bahini and their Indian Mitra Bahini were jointly advancing to Dhaka, the Pakistani occupation forces were quickly abandoning their camps, sensing imminent defeat. On the eve of their unconditional surrender to the Bangladesh-India Joint Command, on December 16, the local cohorts of the occupation army eliminated hundreds of leading intellectuals, ostensibly to destroy the intellectual underpinning of the Bengali nation.

Philosophers, professors, writers, poets, journalists, doctors, engineers and social thinkers were among those best known personalities who were picked up from their houses, blindfolded and taken to various desolate pits in Dhaka's suburbs, only to be slaughtered. The bodies of those martyrs lay for days in those slaughter grounds till they were spotted after the surrender of the Pakistan army in Dhaka.

While the largest number of killings took place in Dhaka on December 14, the marauding army and their killing squads - al-badr, razakar and al shams - butchered thousands of individuals almost in all parts of the country during nine months of the war. Strikingly similar and equally hellish scenes are described in the case-studies of genocide in Armenia and the Nanjing Massacre of 1937.

“For month after month in all the regions of East Pakistan the massacres went on,” writes Robert Payne, the acclaimed author and researcher. “Muslim soldiers sent out to kill Muslim peasants, went about their work mechanically and efficiently, until killing defenceless people became a habit like smoking cigarettes or drinking wine.… Not since Hitler invaded Russia had there been so vast a massacre.”

Well-known researcher RJ Rummel in his book published in 1997, titled 'Statistics of Democide: Genocide and Mass Murder Since 1900', states: “In East Pakistan (Bangladesh) [General Agha Mohammed Yahya Khan and his top generals] also planned to murder its Bengali intellectual, cultural, and political elite. They also planned to indiscriminately murder hundreds of thousands of its Hindus and drive the rest into India. And they planned to destroy its economic base to ensure that it would be subordinate to West Pakistan (now Pakistan) for at least a generation to come. This despicable and cutthroat plan was outright genocide.”

In 1971, innumerable women were tortured, raped and killed. The Pakistani soldiers kept thousands of Bengali women as sex slaves in their camps and cantonments.

Acclaimed researcher Susan Brownmiller, who conducted a study on the crimes, wrote in her book, ‘Against Our Will: Men Women and Rape, “200,000, 300,000 or possibly 400,000 women were raped. Eighty percent of the raped women were Moslems, reflecting the population of Bangladesh, but Hindu and Christian women were not exempt ... The Pakistanis, in their failed attempt of Islamization in Bangladesh, adopted this particular cruel and anti human approach of cleansing the followers of particular faith.”

An Australian doctor, Geoffrey Davis, who was brought to Dhaka by the International Planned Parenthood Federation (IPPF) and the United Nations to perform late-term abortions, and facilitating large scale international adoption of the war babies born to Bangladeshi women, was asked to comment if the usual figures of the number of women raped by the Pakistani Army were accurate.

Dr. Davis states that they are underestimated: “...Probably the numbers are very conservative compared with what they did. The descriptions of how they captured towns were very interesting. They’d keep the infantry back and put artillery ahead and they would shell the hospitals and schools. And that caused absolute chaos in the town. And then the infantry would go in and begin to segregate the women. Apart from little children, all those were sexually matured would be segregated...And then the women would be put in the compound under guard and made available to the troops...Some of the stories they told were appalling. Being raped again and again and again. A lot of them died in those [rape] camps. There was an air of disbelief about the whole thing. Nobody could credit that it really happened! But the evidence clearly showed that it did happen.”

Strangely, Pakistani governments have continued their denial of genocide and rape but the cruelty of its forces in 1971 was even admitted to by many sensible Pakistani quarters who urged their own governments, repeatedly, to offer an apology to the people of Bangladesh. The official Hamoodur Rahman Commission of Pakistan and the reports of the international media, in 1971 and afterwards, are also the clear proof of what the Pakistani Occupation Forces and their auxiliary outfits did to the innocent civilians during the nine months of the Bangladesh War .

History cannot be rewritten, the truth exists, and ultimately comes out. U. Thant, then Secretary General of the UN, wrote to the President of the Security Council on June 3, 1971, demonstrating the helplessness of the world body to stop the crimes on the unarmed civilians in former East Pakistan: “The happenings in East Pakistan constitute one of the most tragic episodes in human history. Of course, it is for future historians to gather facts and make their own evaluations, but it has been a very terrible blot on a page of human history.”

The Golden Jubilee of Bangladesh independence is not, therefore, only a historic occasion for joys, but also a great human tragedy to memorize.

The families of the victims, the civil society and the 1971 veterans have continued to raise their voices demanding unconditional apology from Pakistan for the barbarity of their forces on Bangladesh soil. It is also justified that the government of Pakistan take steps to hold trial of the accused 195 military personnel whom the post-independent Bangladesh government identified as war criminals. It may be noted that as per the Vienna Convention, the crimes against humanity cannot be forgiven.

(The writer is a Bangladesh Liberation War veteran, writer and researcher; views expressed are his personal)