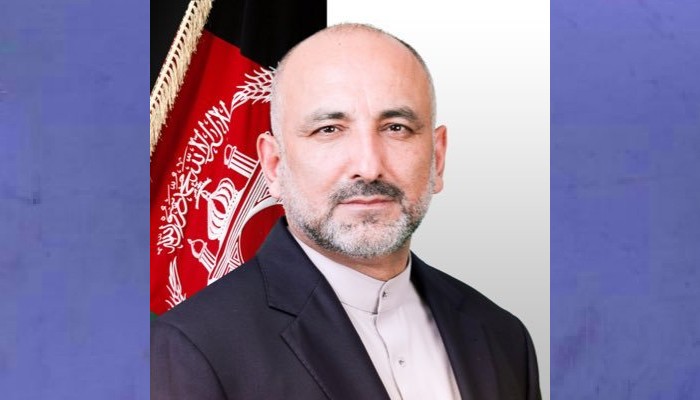 Haneef Atmar is scheduled to meet EAM S Jaishankar and a number of high-ranking Indian government officials, including NSA Ajit Doval during his three-day visit

Afghanistan Foreign Minister Mohammad Haneef Atmar on Monday landed in New Delhi on a three-day visit, adding momentum to geopolitical development in the landlocked country where the US intends to withdraw its troops by May 1, as originally decided by the previous US administration-led by Donald Trump.

The new US administration under President Joe Biden has taken a fresh approach to the Afghan peace talks, which includes establishment of an interim government with the Taliban representatives accommodated into it. This has been spelt out in a letter written by US Secretary of State Antony Blinken to Afghan President Ghani earlier in March.

The Afghan President is said to be not happy with the US approach on the settlement of the vexatious Afghanistan issue. In this background, Foreign Minister Haneef Atmar’s visit assumes high significance.

As per a release from the Ministry of Foreign Affairs of Afghanistan, Atmar will meet his Indian counterpart S Jaishankar and other high-ranking Indian government officials, including Security Advisor Ajit Doval to discuss a range of common issues and exchange views.

“The purpose of Atmar and his accompanying delegation's visit to India is to discuss bilateral relations, strengthen regional and international consensus on the Afghan peace process, and enhance cooperation in security, economic, political and cultural areas,” Afghanistan’s Ministry of Foreign Affairs said.

The Afghan Foreign Minister’s visit has taken place close on the heels of US Defence Secretary, Llyod Austin’s trip to India last week where the American side had discussed Afghanistan in some detail with EAM Jaishankar.

The Afghan peace process and the ground situation, as also the concerns and interests of regional powers and neighbours had been deliberated on during that meeting.