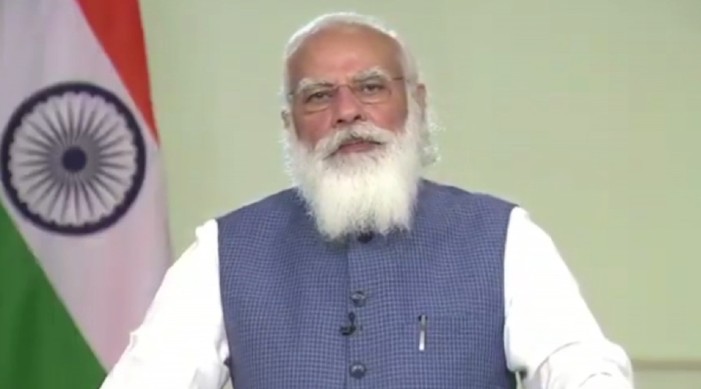 Prime Minister Narendra Modi has extended his best wishes to his Pakistani counterpart Imran Khan for a ‘speedy recovery’ from Covid-19. Khan had tested positive on Saturday for the virus and is self-isolating at home.


Best wishes to Prime Minister @ImranKhanPTI for a speedy recovery from COVID-19.


Modi’s tweet came on the day Pakistan’s top health official Faisal Sultan tweeted that Khan was in self-isolation after testing positive for the virus. He is believed to be experiencing mild symptoms.

The Pakistan Prime Minister who is 68 has been holding frequent meetings lately, without wearing mask on some occasions according to some news reports. He was vaccinated against the virus on Thursday.

Pakistan’s Covid-19 count has surpassed 6.15 lakh and the country has already recorded 13,700 deaths. Most of the new cases reported in the country are from the Punjab province. Islamabad has relied on China for vaccines and medicine supplies.

Pakistan is soon to get Indian-made vaccines under the United Global Alliance for Vaccines and Immunization or GAVI, a public-private global partnership to increase access to immunization in poor countries.

The Pakistani cricketer-turned politician, Khan on becoming the Prime Minister in 2018 had talked about good relations with India.

However, India has remained wary of the lip-service of yet another Islamabad leader in bettering relations with New Delhi and has criticized Khan for his inability to rein in cross-border terrorism originating from Pakistan.