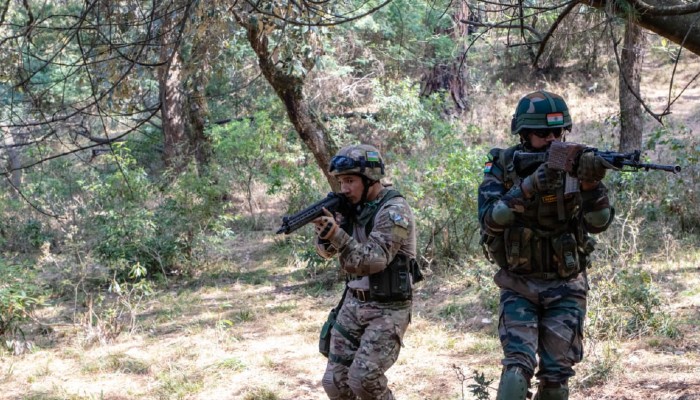 The first edition of the exercise, Dustlik-I, was held in Uzbekistan, near Tashkent, from November 3-13, 2019

Dustlik-2, which was held at Chaubatia in Uttarakhand, began on March 10. Uzbekistan's Deputy Minister of Defence Colonel Kadirjon Abdipattaaevich Tursunov visited the Uzbek troops on the last day of the exercise.

A 45-member Uzbek contingent and an equal number of Indian Army personnel from the Rezang La Regiment and the Kharga Warriors of 2 Corps took part in the exercise.

Exercise Dustlik (which means friendship in the Uzbek language) is aimed at forging greater military cooperation between the two countries.

According to the Western Command of the Indian Army, Uzbek troops demonstrated conduct of counter terrorist operations in an urban terrain. Indian troops shared room intervention and camouflage & concealment skills with their Uzbek counterparts.

Uzbek and Indian troops practicised firing on the Sig Sauer 716 assault rifles that have been recently inducted by the Indian Army.

One of the sessions during Dustlik-2 was also dedicated to Yoga to strengthen the mind.

The first edition of the exercise, Dustlik-I, was held in Uzbekistan, near Tashkent, from November 3-13, 2019.

Defence Minister Rajnath Singh had flagged off the exercise along with his Uzbek counterpart, Major General Bakhodir Kurbanov. The joint exercise focused on counter-insurgency and counter-terrorism operations in urban settings.