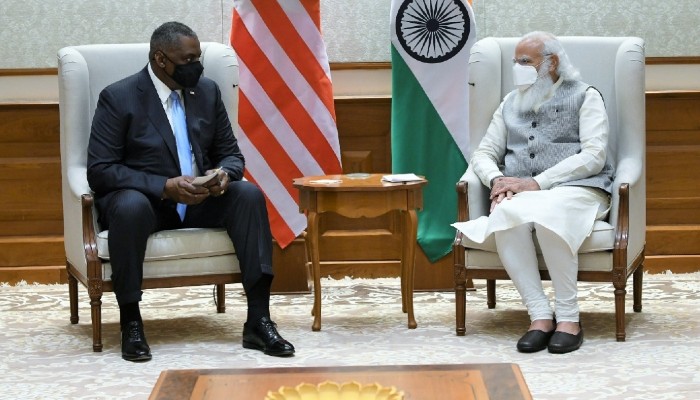 India-US ties are rooted in shared values of democracy, pluralism and commitment to a rules-based order, PM Modi said

Outlining his vision for the strategic partnership between India and the US, Prime Minister Narendra Modi on Friday said it was a force for global good.

The Indian Prime Minister also emphasized the important role of bilateral defence cooperation in India-US ties when U.S. Secretary of Defense Lloyd James Austin III, who is on an official visit to India, called on him.

He welcomed the warm and close relationship between the two countries.

"Pleasure to meet U.S. @SecDef Lloyd Austin today. Conveyed my best wishes to @POTUS @JoeBiden. India and US are committed to our strategic partnership that is a force for global good," Prime Minister Modi said on Twitter.

India-US ties were rooted in shared values of democracy, pluralism and commitment to a rules-based order, he said, according to a statement issued by the Prime Minister's Office (PMO).

Secretary Austin expressed US’s strong desire to further enhance the strategic partnership for peace, stability and prosperity in the Indo-Pacific region and beyond.

He reiterated the U.S. Government’s continued commitment towards strengthening the bilateral defence relations between the two countries.

He, in turn, requested Secretary Austin to convey his best wishes to President Biden, the statement said.

This is the first overseas trip of a senior member of the President Joe Biden-led administration.

During his visit, Secretary Austin is expected to meet Defence Minister Rajnath Singh and other senior dignitaries of the Government of India.