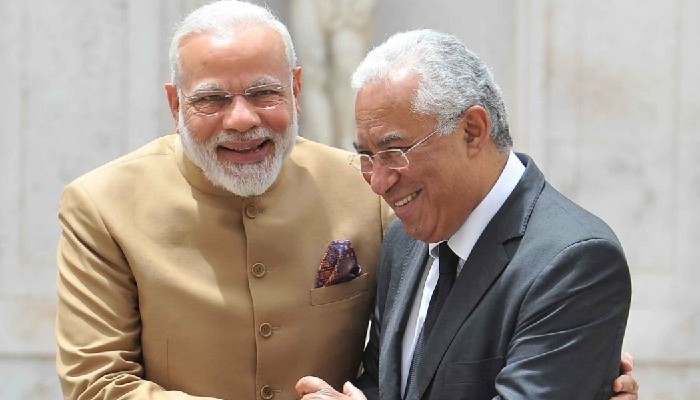 During a phone call, the leaders also discussed the forthcoming India-EU Leaders Meeting

During a phone call on Tuesday, the two Prime Ministers also reviewed preparations for the first-ever India-EU Leaders Meeting, a statement issued by the Prime Minister's Office (PMO) said.

The meeting will be held under the Portuguese Presidency of the EU in Porto in May this year.

Prime Minister Modi appreciated the role being played by Prime Minister Costa for strengthening the India-EU Strategic Partnership, and said that he was looking forward to meeting him in Porto.

Discussing bilateral relations during the phone call, the two leaders reviewed the Covid-19 pandemic situation in the two countries.

They noted the importance of quick and equitable distribution of vaccines for ending of the pandemic, according to the PMO statement.

Prime Minister Modi briefed PM Costa on India’s vaccination drive, as well as the support extended by India to more than 70 countries so far.

He assured that India would continue supporting the vaccination efforts of other countries to the best of its capacities, the statement said.