Onus on Pakistan to create conducive atmosphere for dialogue with India: FS Shringla 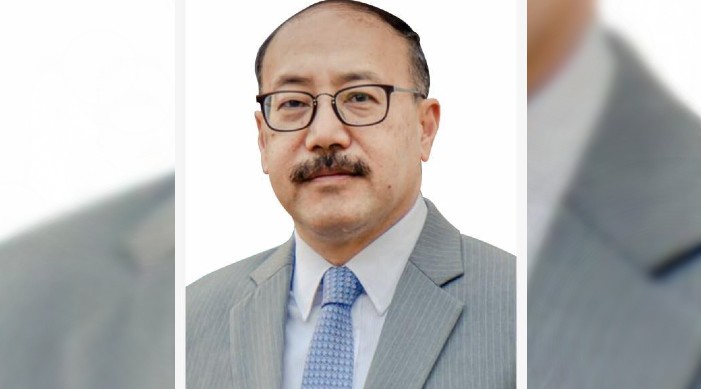 India will be a force for good in the neighbourhood, the Foreign Secretary said

“However, any meaningful dialogue can only be held in a conducive atmosphere and the onus is on Pakistan to create such an atmosphere,” Shringla said while speaking at Ananta Aspen Centre on ‘What Next for Neighbourhood First,’ on Monday.

He said India continues to follow the developments relating to the Afghan peace process with the External Affairs Minister participating virtually at the opening of the Intra-Afghan negotiations in September 2020 in Doha.

The Foreign Secretary expressed his deep concern over the recent development in Myanmar.

“We remain concerned that the gains made by Myanmar over the last decades on the path towards democracy, should not be undermined. We have always been steadfast in our support to the process of democratic transition in Myanmar for it to emerge as a stable democratic federal union. Our developmental and humanitarian efforts in Myanmar have been aimed at the socio-economic development of the country,” Shringla said.

“We feel that people on the ground should not suffer. India will continue to closely monitor the situation and remain engaged with like-minded countries to meet the hopes and aspirations of the people of the country. The international community must work together and lend its meaningful support at this critical juncture, so that the people of Myanmar do not suffer. We are working in the UN Security Council in a constructive manner to facilitate balanced outcomes that could assist in resolving the situation,” he added.

Despite all this, he said India will be a force for good in the neighbourhood and it is committed to improving the well-being of the region. He said India’s Lines of Credit to its neighbours have jumped from US $ 3.27 billion in 2014 to US $ 14.7 billion in 2020.

“We undertake a large number of quick gestation and high impact projects aimed at benefiting communities directly. We trade more. We invest more in each other. Total trade with Afghanistan, Bangladesh, Bhutan, the Maldives, Myanmar, Nepal and Sri Lanka has increased from US $ 19.44 billion to US $ 26.455 billion in the last six years,” the Foreign Secretary said.

“These increases have both contributed to and have benefitted from significantly enhanced connectivity and improved border infrastructure,” he added.